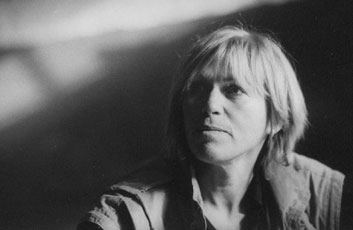 Magdalena Jetelová (* 1946) is known worldwide for her monumental wooden sculptures. Her chairs and tables were exhibited at the Museum of Modern Art New York, the Museum des 20. Jahrhunderts Vienna and the Tate Gallery London. Her work can be found in the Hirschhorn Museum Washington, the Centre Georges Pompidou Paris and the Collection Ludwig. Equally significant are her photographic works in which she uses laser-technique and her spectacular installations, which transform space and perception.