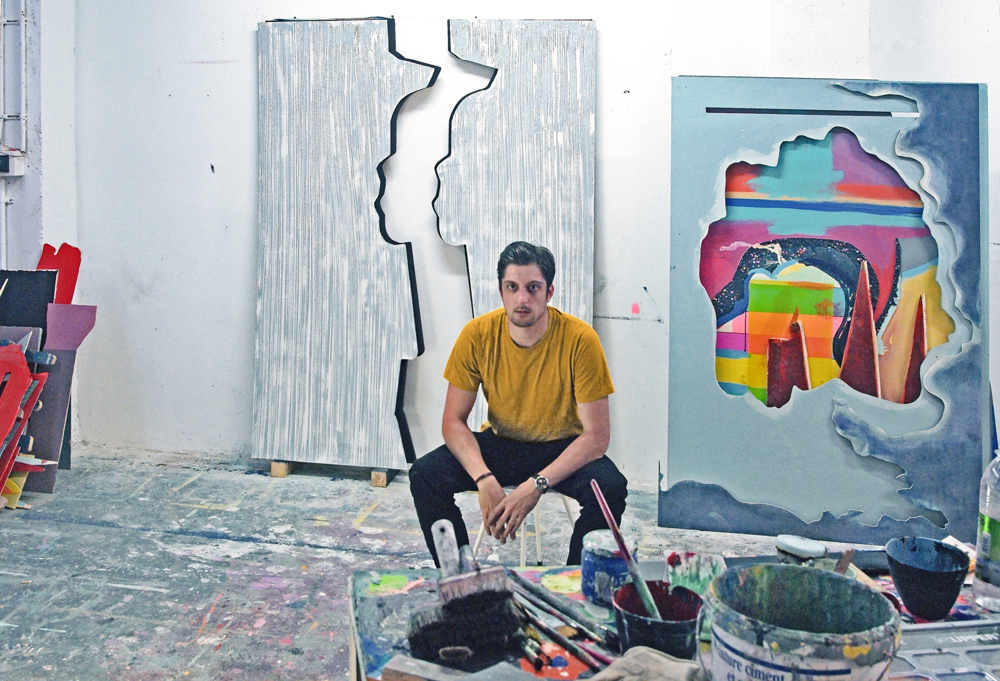 Deconstructivism can be understood as both a specific form of thinking and a certain technique in dealing with materials. Freiwald’s art distinguishes itself by bringing both sides together in an impressive way. In his works, Tim Freiwald devotes himself to the themes of material and surface. His works are based on motifs that constantly evolve in new variations. Tim Freiwald often conducts his research photographically or digitally. Starting from this, the process of image construction begins, which is more like deconstruction, the translation into material. The compact physicality of the images is always in tension with the fragile structure within the image.

Already during his studies at the Kunstakademie in Munich, which he completed as a master student of Thomas Scheibitz in 2014, Tim Freiwald (*1986 in Leisnig near Leipzig) received numerous prizes and grants, most recently a one-year scholarship from 2018 to 2019 at the International Künstlerhaus Villa Concordia in Bamberg.

“Tim Freiwald works with a wide variety of materials, to which he gives unexpected forms in interaction and by means of diverse techniques, thus constructing never-before-seen visual worlds. In the end, a freely interpretable ensemble emerges that appears unique in its relief-like, spatial depth and expressive colourfulness,” says Walter Storms.