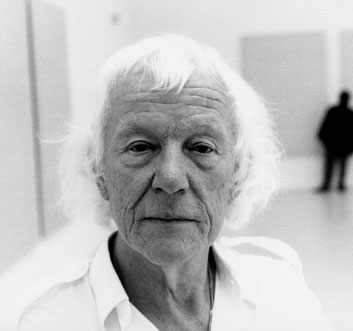 Roman Opalka’s work began in 1965. On a huge black canvas he wrote the white number 1 in the top left corner. He has been working on the infinite consecution of numbers ever since. From this, pictures of outstanding precision in painting are generated.With his singular work, Roman Opalka is one of the most prominent figures of the world’s art heritage.

In 1995 Roman Opalka (* 1931) celebrated a great success at the Venice Biennale. He had important solo-shows 1973 at the Museum Folkwang Essen, 1976 at the Palais des Beaux-Arts, Brussels, 1992 at the Musée d’Art Moderne de la Ville de Paris, 1993 at the Museum moderner Kunst Stiftung Ludwig, Vienna and 1994 at the Nationalgalerie Berlin. In 1993 he was given the Kaiserring of the City of Goslar and in 1991 the French National Price of Painting.