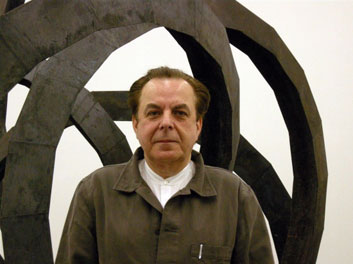 Abraham David Christian‘s (* 1952) works, sculptures made out of soil, paper or plaster and later even out of bronze, are characterized by a basic design and testify to the intensive occupation with the cross-cultural human range of shapes. On his travels around the world Christian grapples with the local/ national traditions and forms of expression. The art critic Richard Milazzo says, that they evoke the spirit of the Renaissance, as well as the one of the abstract art of 20th century avant-garde (like Brancusi, Giacometti or David Smith) or artwork from Japan or India.