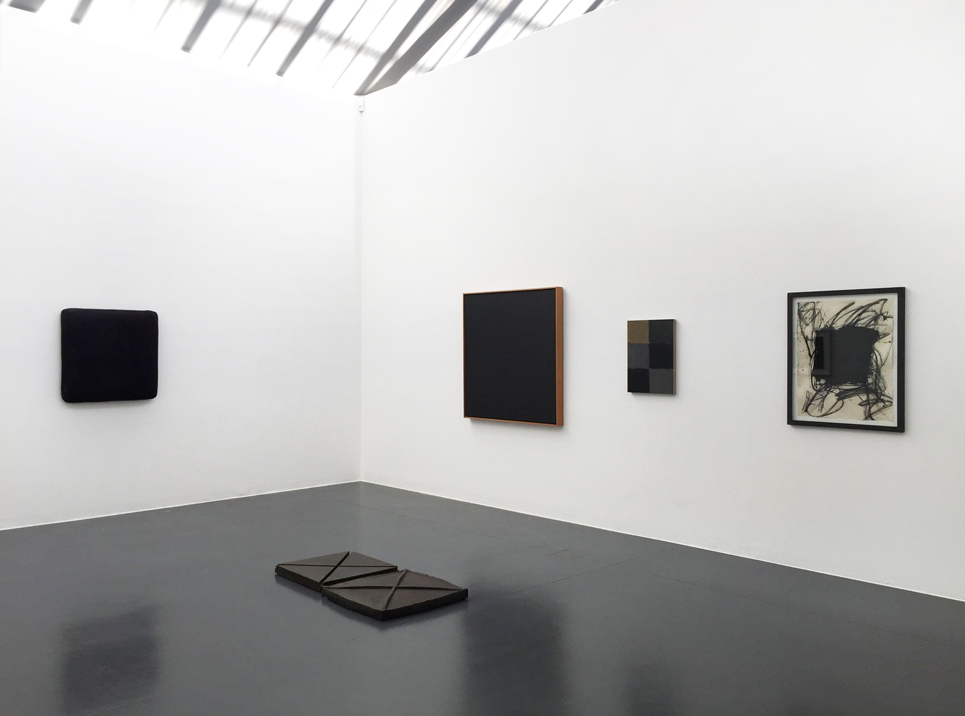 With this small exhibition a big dream of mine is coming true. Black, White and Grey are my favorite colors and now I am surrounded by artworks in this palette by artists, whose works I’ve been valuing and enjoying for many years. Befriended lenders and artists entrusted me with the desired desiderata and endowed me with this “temporary museum”. 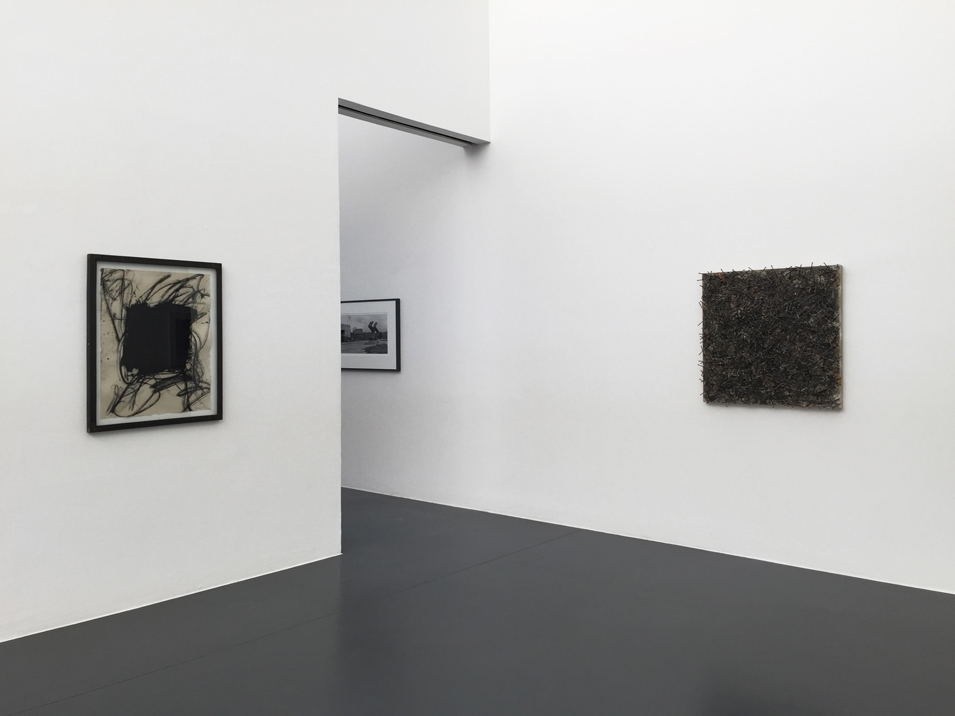 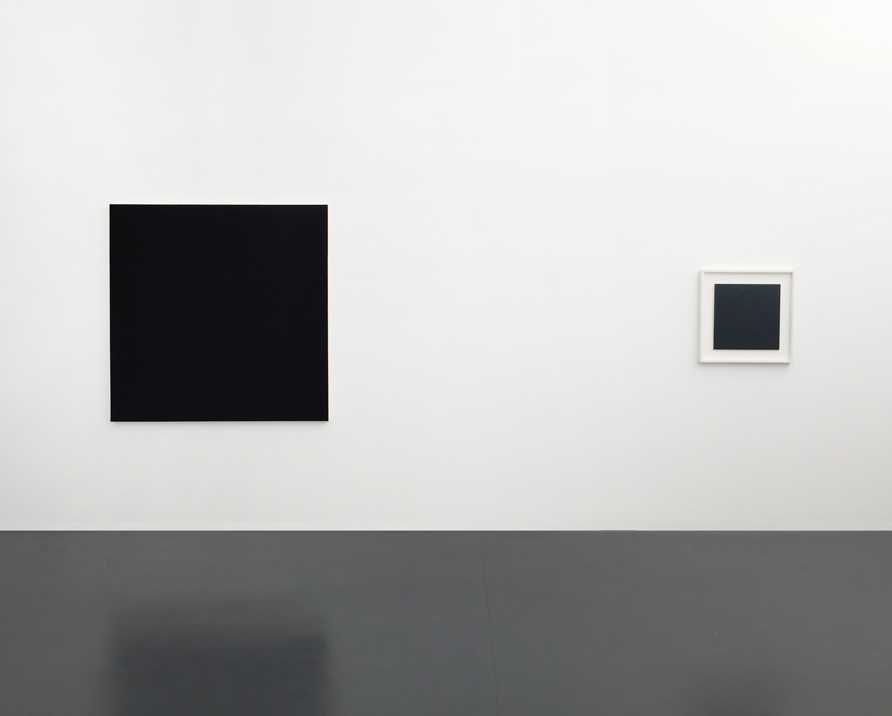 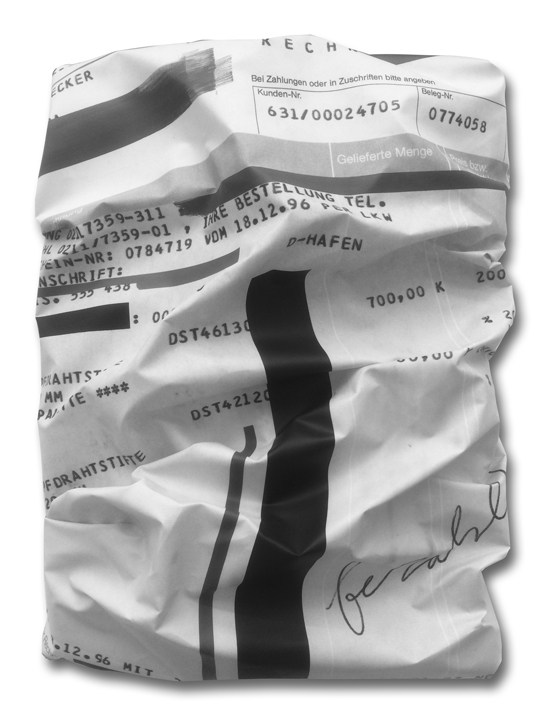 In 2000, during her studies at the Art Students League in New York, Caro Jost developed her image type “Streetprint”. Up until this point, she has developed a worldwide picture field, conserving traces of the past, transferred into the present.
Jost’s most extensive and famous complex of works is based on her research of the New York Avantgarde stomping grounds of the 1950s and ‘60s. It consists of Streetprints and the comprehensive documentary film “Final Traces of the Abstract Expressionists”.
In her new series, Caro Jost takes it a step further and establishes an even more immediate connection to the oeuvre of her favorite artists. She uses their original invoices from material purchases as an homage to their exceptional artistic achievements and includes their “spirit” into her own works of art. In 2016, she created the first “Invoice Paintings” on Barnett Newman and Rupprecht Geiger. She’s currently working on Ad Reinhardt and as the centerpiece of our show, Günther Uecker. 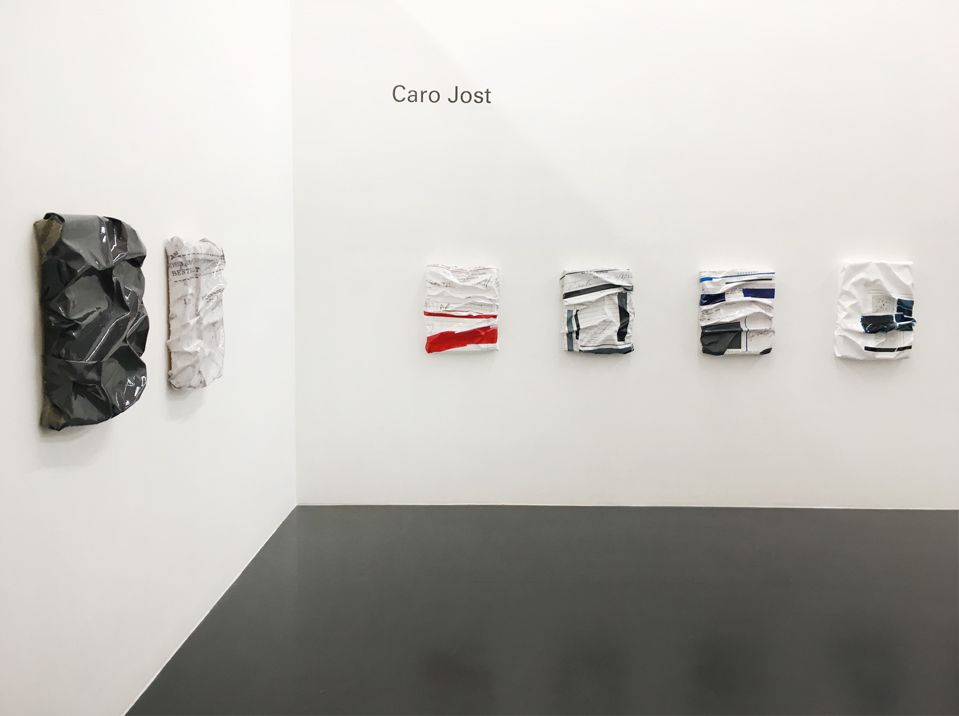 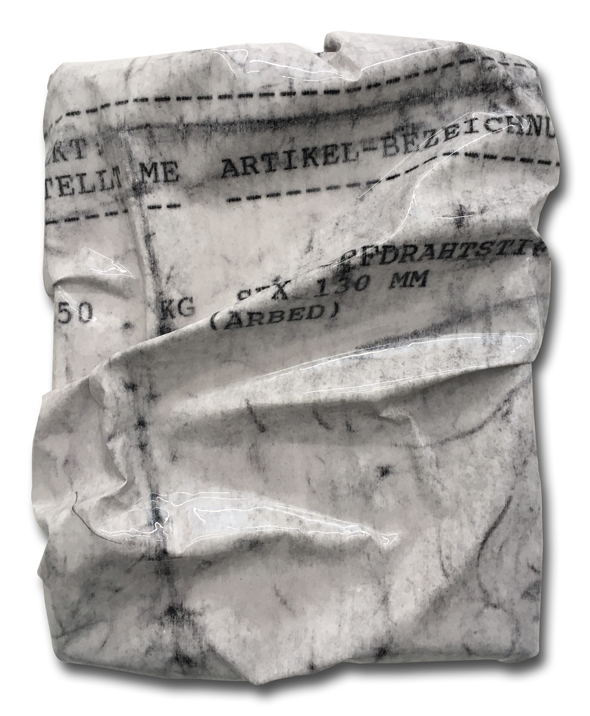 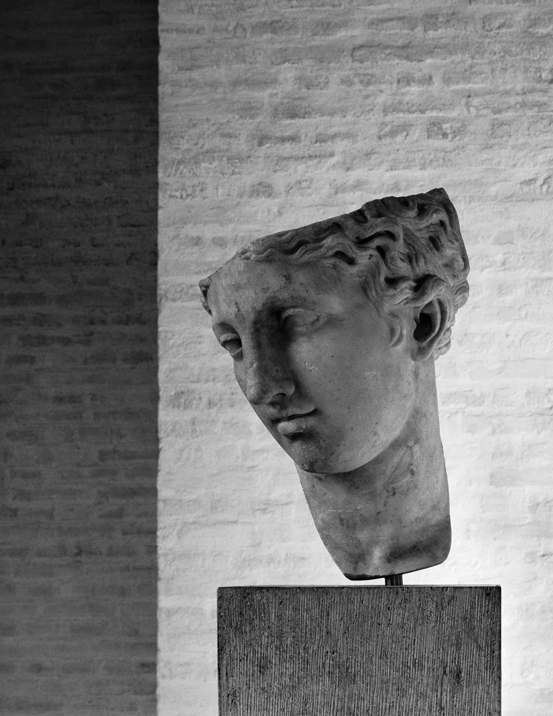 During his 50-year carrier as one of the most influential architecture photographers, Klaus Kinold documented the achievements of the world’s greatest modernist architects, from Bauhaus to the present, in his distinctive manner.

On his many working trips he captured outstanding landscape views with his panorama camera and, as presented in our current show, pictorial testimonies of his special devotion towards the Fine Arts, in particular, sculpture.
With his great eye for lighting and shading, for physical proportions, and for space and dimensions, he gives iconic qualities to the portrayed works of art and captures installations in remembrance, that no longer exist today.
For Kinold himself this image archive is his own private “musée imaginaire”. 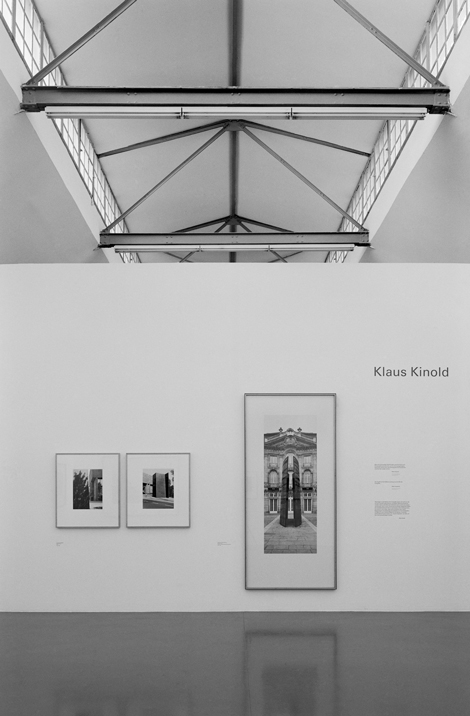 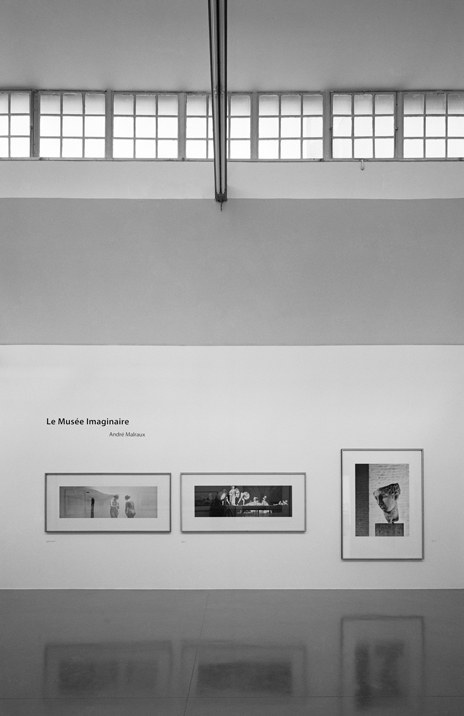 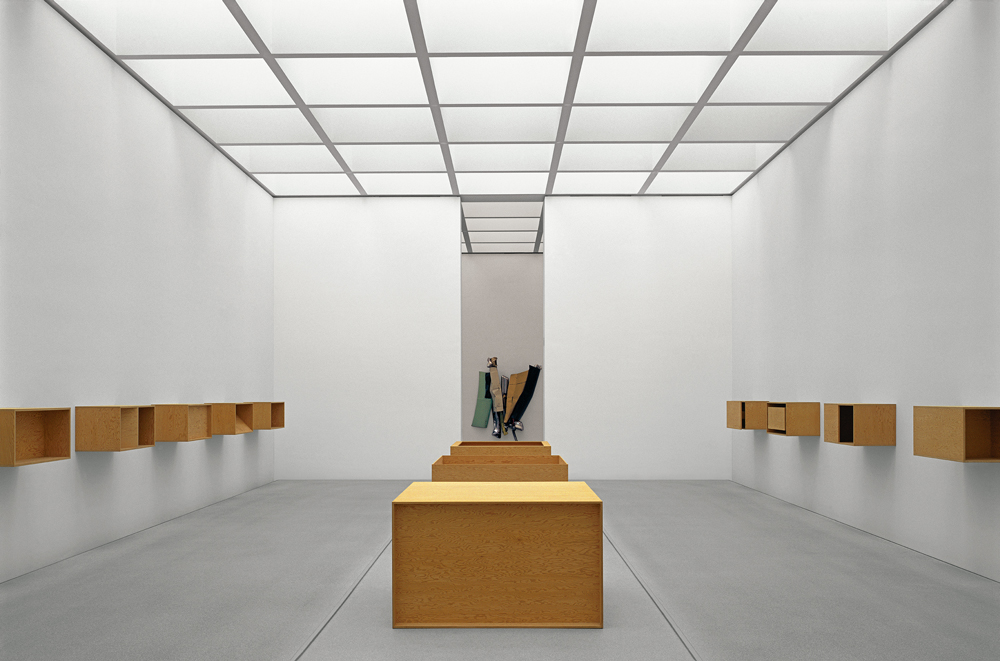 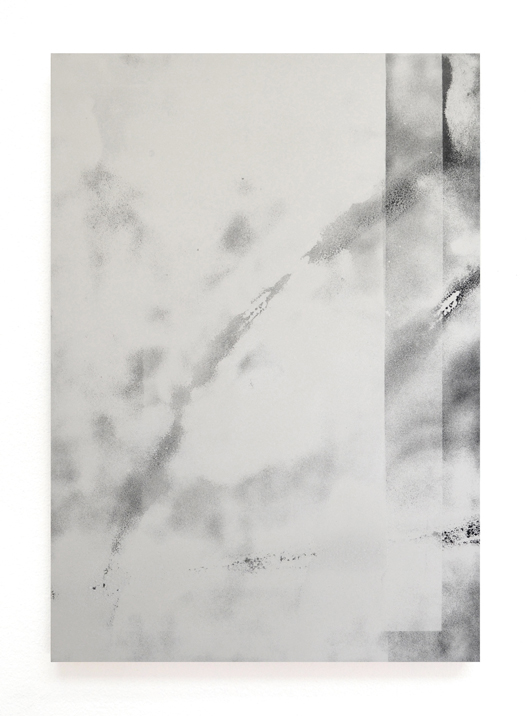 Following his early graffiti-works, Mark Killian (born 1991) found his way towards paintings with block-like horizontal and serpentine linear structures during the academy class of Jean-Marc Bustamante. These works were presented in the much-discussed exhibition “concrete jungle” at my gallery two years ago.

Today, his pieces are created in a processual procedure, in which Killian sprays characters in multiple layers through a screen onto a wooden surface in using spray enamel. The characters are meaningless, they are purely an element of design. The artist doesn’t aim for readability, he only cares about the act itself, the painterly process. Simple script transforms into imagery. 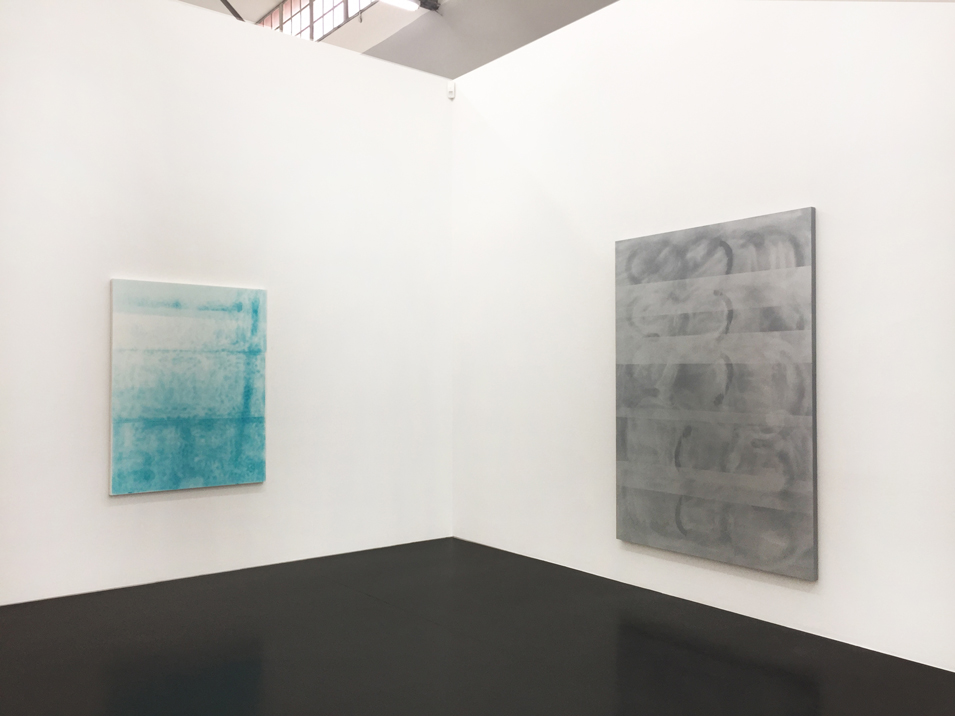 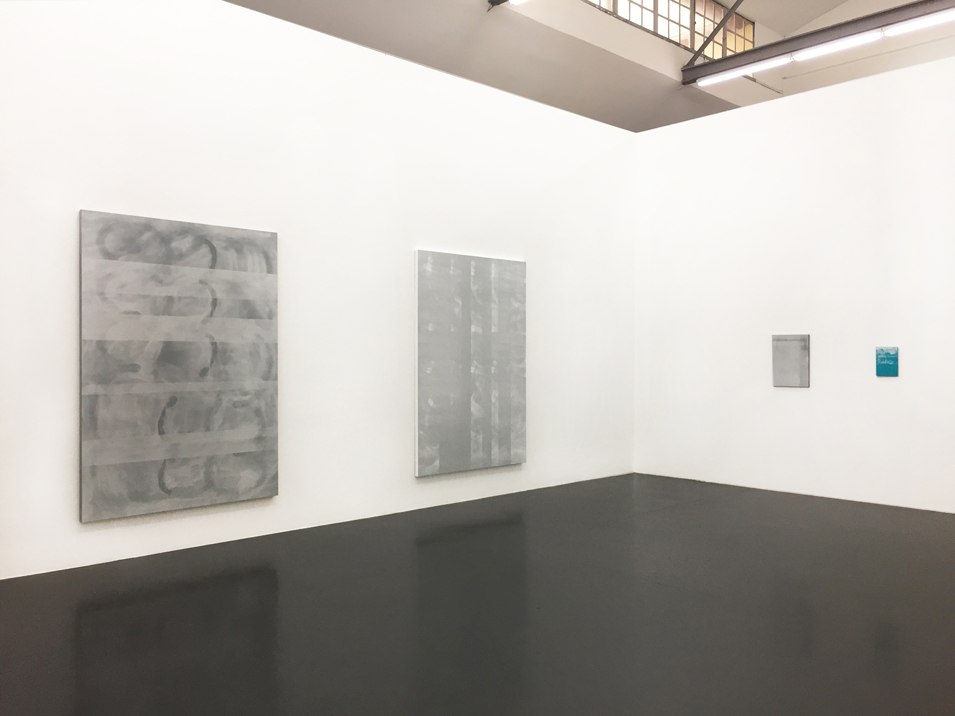 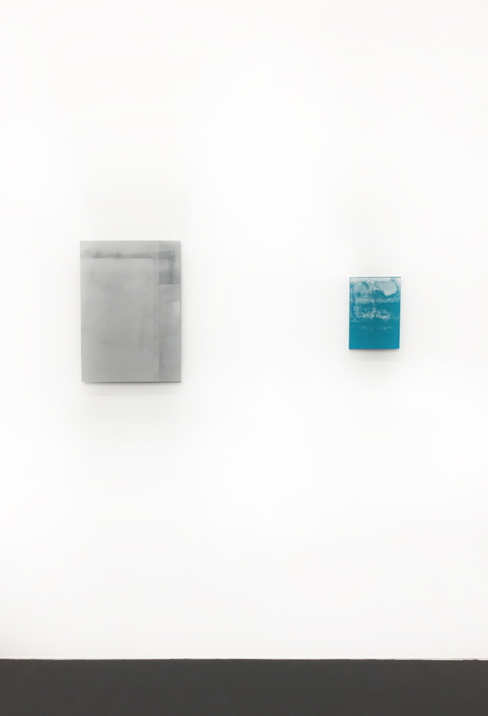 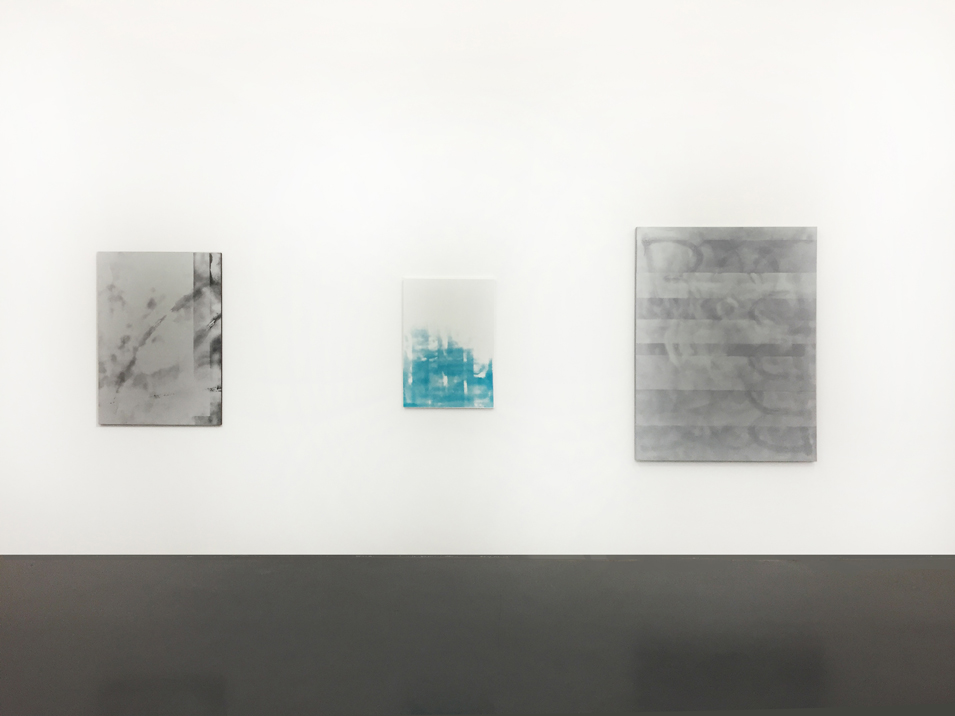 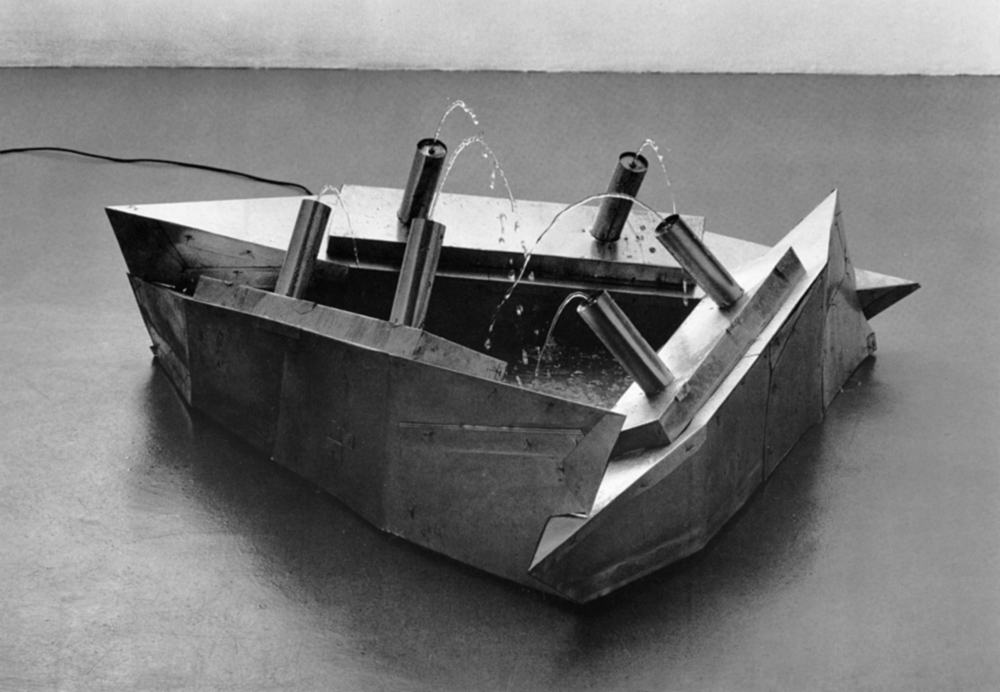 Albert Hien and I are connected through a 35-year collaboration, which started in 1982, after Hien had just graduated from the Munich Art Academy, where he is teaching as a professor himself today. The same year Hien was invited to the documenta VII in Kassel, as well as 5 years later to the documenta XIII. With his expansive sculptures made out of aluminum sheet, water and fire, he ironically questioned modernist progress.
His bibliophile exhibition catalogue by the Museum Abteiberg Mönchengladbach 1984 showed among other things Hien’s “Bermuda Triangle”, a floor sculpture, which is now, carefully restored, presented at my gallery after many years. Simultaneously a catalogue “Sculptura Poetica” on the work complex 1982-90 with a text by Martin Hentschel will be published.

Hien is widely known as the creator of neon installations, either text-pictures, or like in our current presentation geometrical structures. A must-see until December 2! 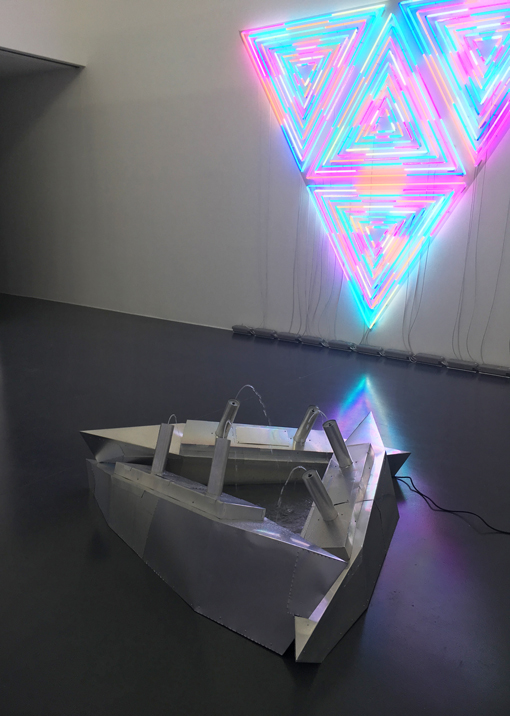 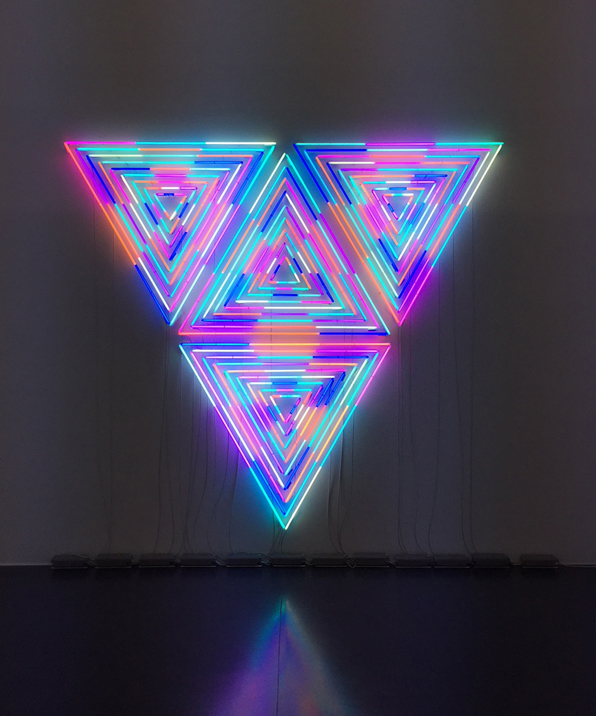 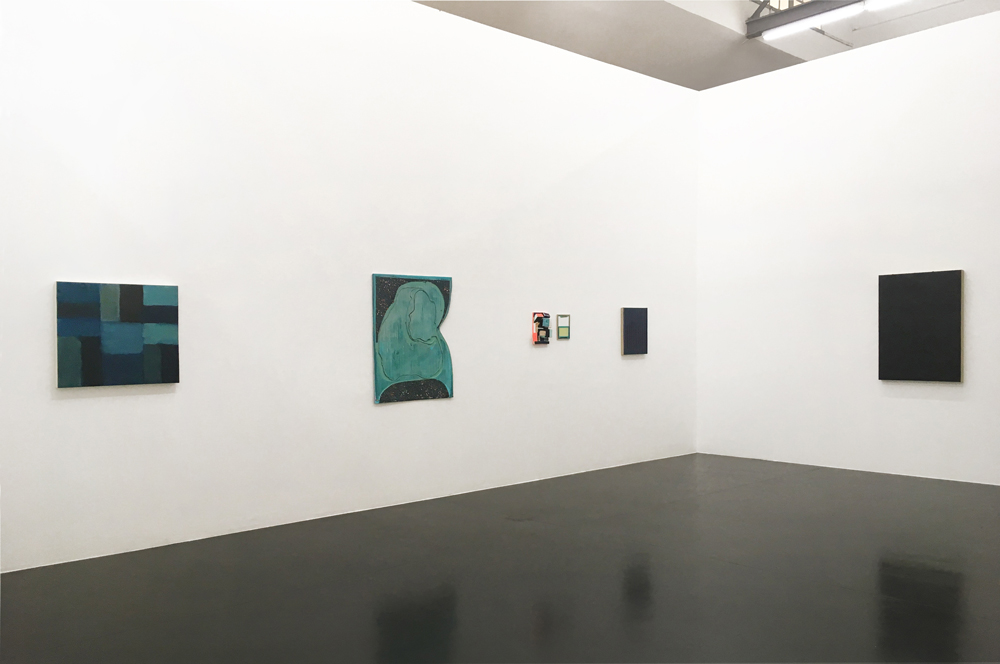 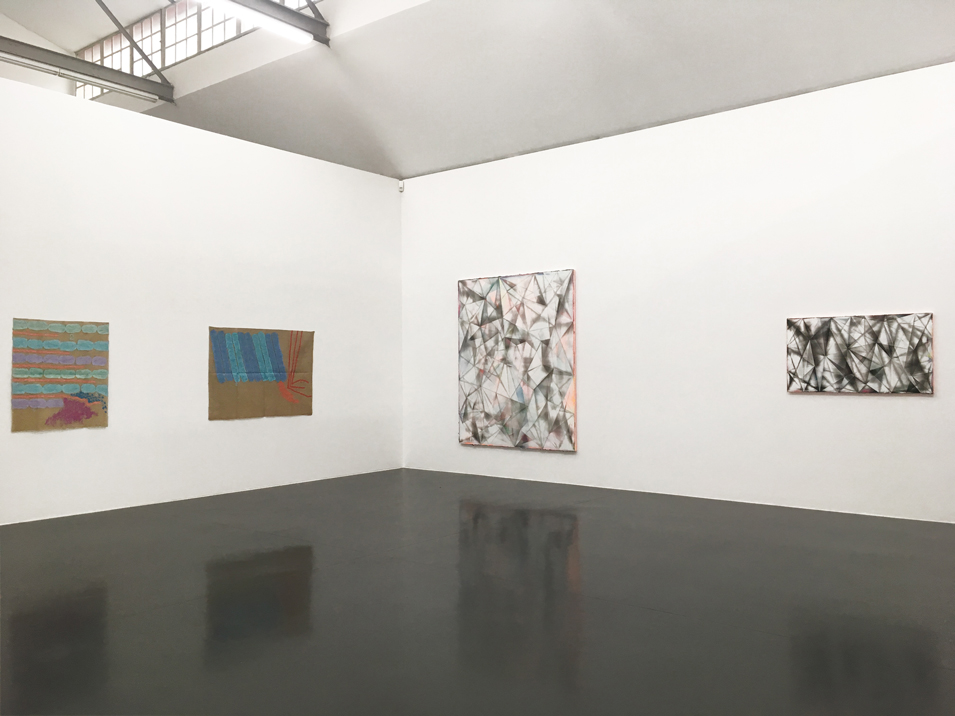