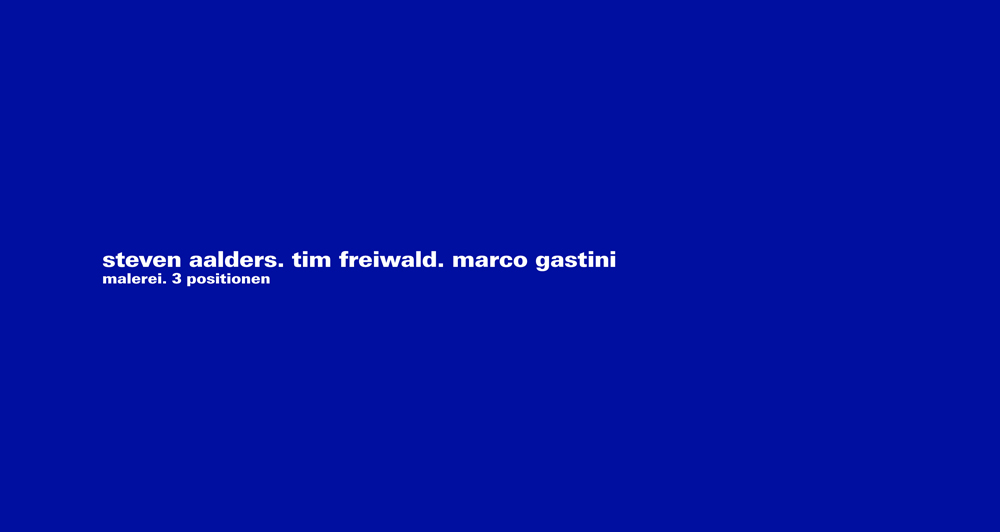 The current exhibition presents 3 individual painterly positions, dedicating a single room to each artist. The selected artists could not be more different and they impressively show the development of the gallery, as well as the development in the field of concrete painting.

Steven Aalders (born 1959) is known for his precisely painted constructive oil paintings, in which he consistently deals with and continues the concept of modernity by Piet Mondrian, De Stijl and American Minimal Art. Aalders aims to create space through color and light and for this purpose often choses a moderate square format. His way of working is characterized by modernistic serial principals, such as repetition, seriality and variation. Thereby his use of color reflects different color concepts of the past. His art-philosophical thoughts are reproduced in several essays in the book ‘The Fifth Line’, published by Walther König.
An extensive retrospective catalog was published in 2010 for his solo show at the Gemeentemuseum, The Haag. Steven Aalders lives and works in Amsterdam.

Tim Freiwald (born 1986), who finished his master class under Thomas Scheibitz in 2014, is a deconstructionist color painter. His paintings develop out of theoretical action and reaction. Like Fontana, who slit open the canvas, he saws up, dissects and scorches the support medium, before re-assembling it with paint, varnish, wood, synthetic materials, metal: “I want the paintings to be on the point of physical collapse, so that they can only be stabilized by pictorial forces of attraction.”
While still studying with the professors Jerry Zeniuk, Myriam Holme and Thomas Scheibitz, he received numerous prizes and scholarships, the last one being a one-year-residency at the Internationales Künstlerhauses Villa Concordia in Bamberg, Germany, in 2018.

Marco Gastini (1938-2018) has been applying his characteristic pearly surface to his works since 1974. Its significance lies above all in the special shimmer of the surface, which, according to the artist, corresponds firstly to the sum of all colors and secondly opens the two-dimensional image space to the third dimension. The complex problematics of the transformation of matter into painting and the concomitant expansion of pictorial space can be found throughout the artist’s extensive and varied oeuvre.
Since the beginning of his exhibition activities in 1964, Gastini’s work, which is also represented in the collection of the MoMA in New York, has been honored in numerous European museum exhibitions. Since 1978 we support his work with regular exhibitions and represent him exclusively in Germany. 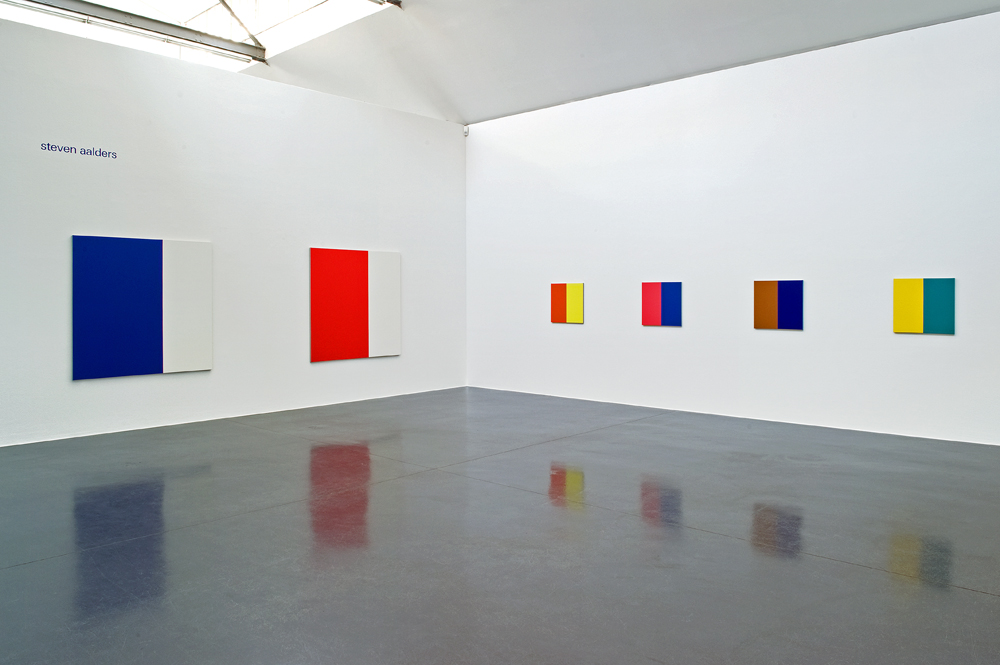 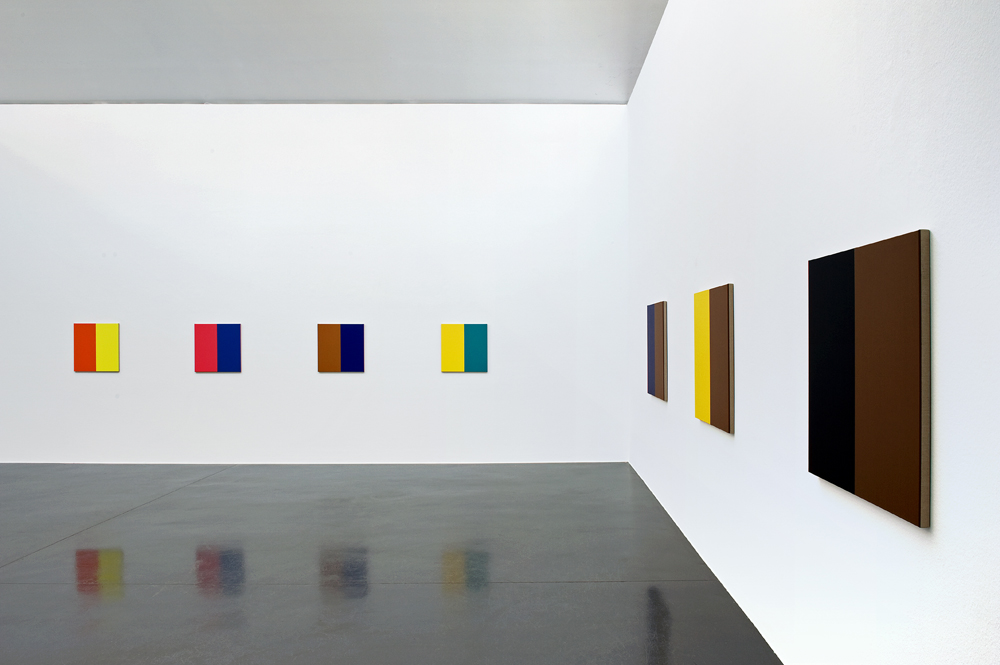 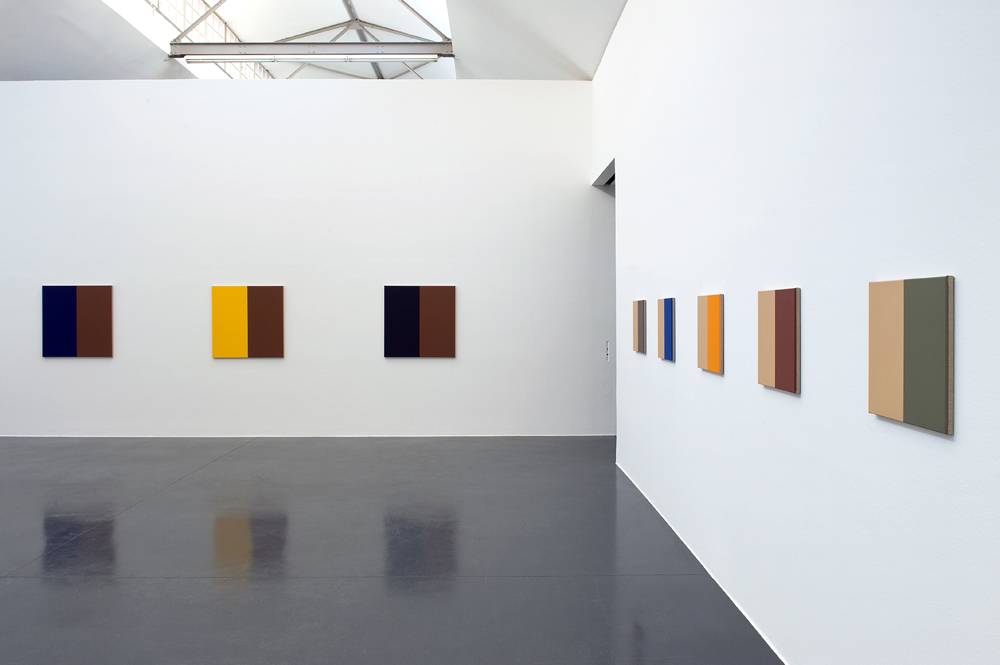 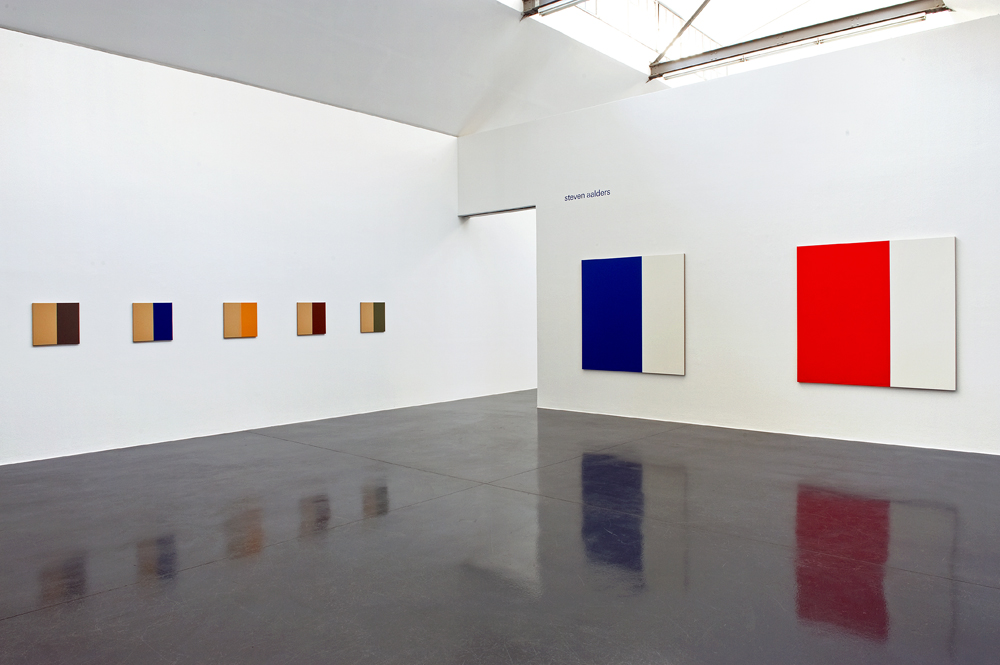 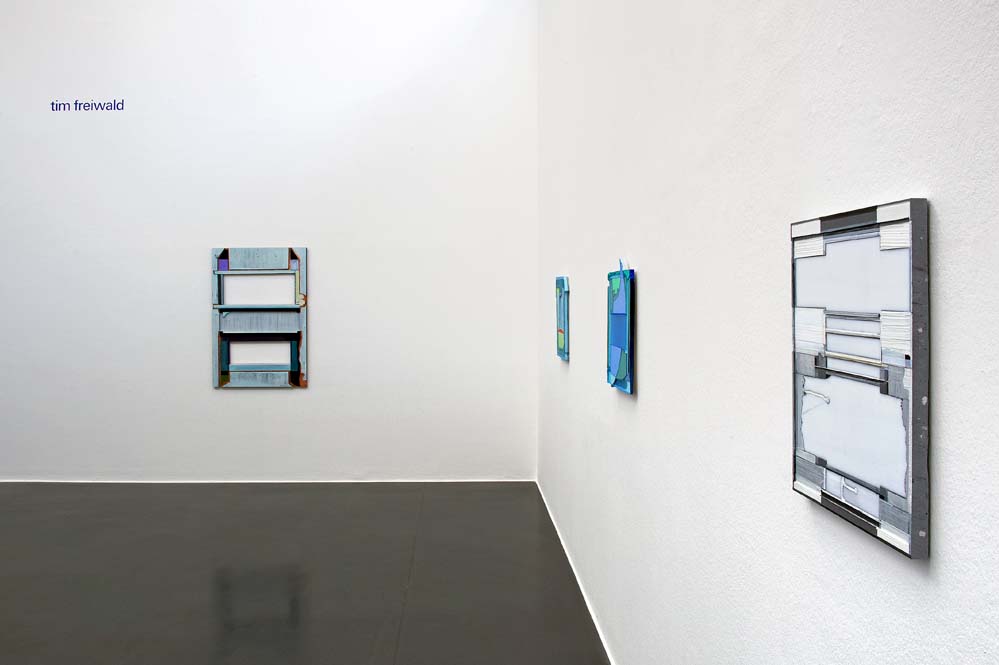 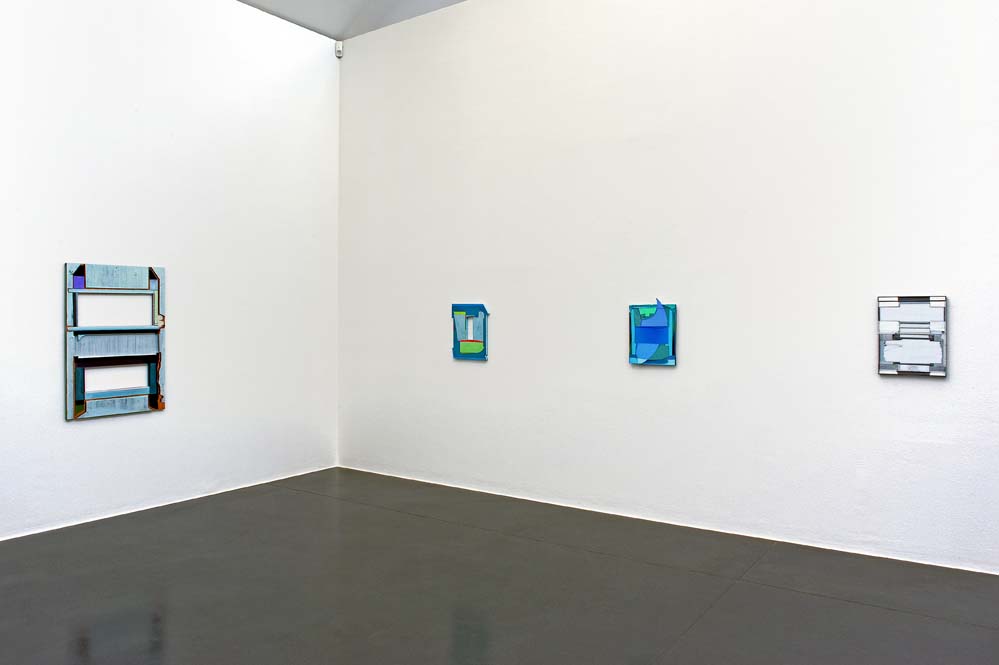 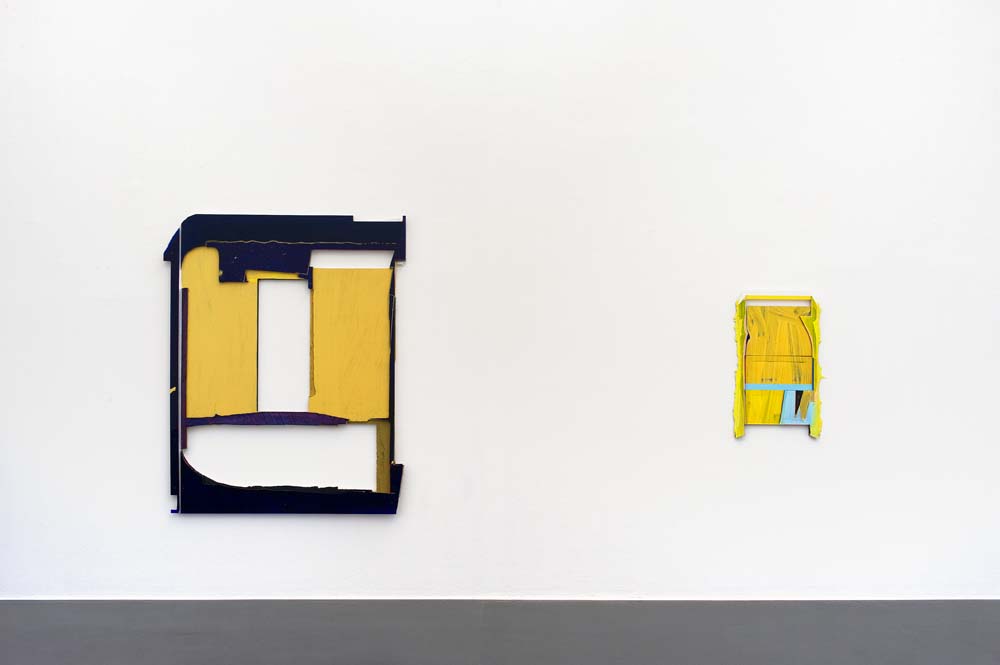 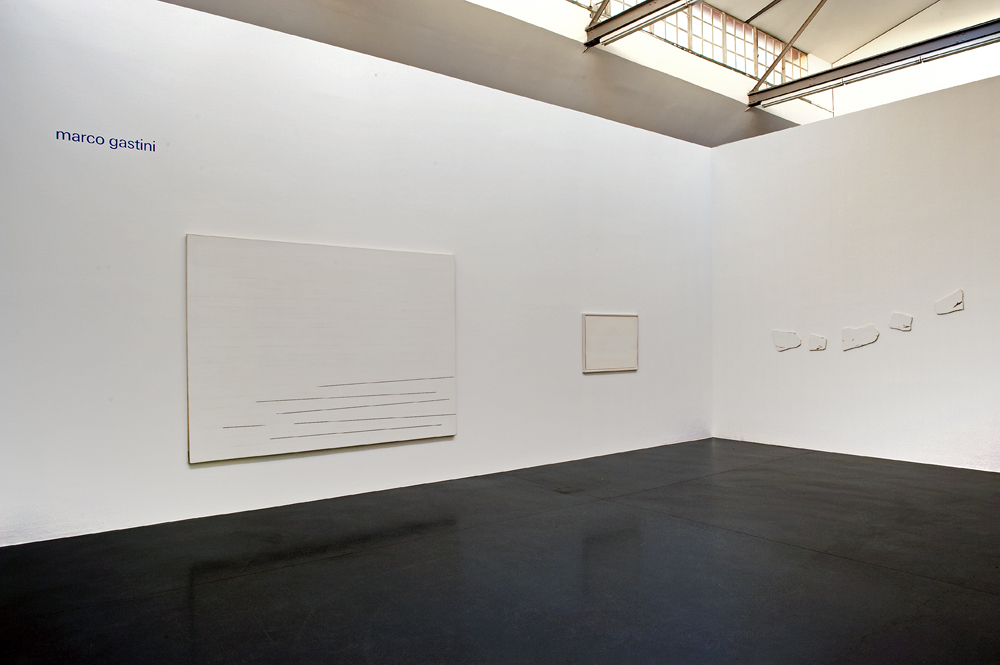