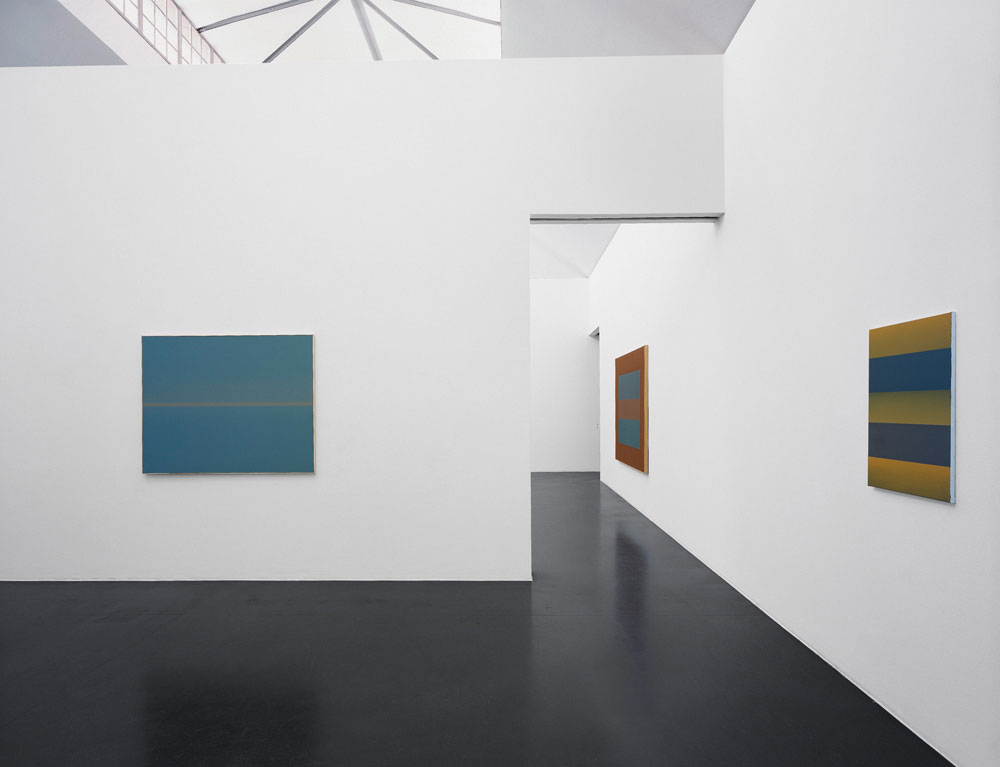 “At eye level” presents a variety of Ulrich Erben’s most recent works that he selected himself, showing various relations between different pieces as well as the addition of some historical works.

Exhibitions like “Planned painting/ Geplante Kunst” at the Westfälischer Kunstverein in 1974 and his participation in Documenta 6 in 1977 made him famous as a leader of a new concrete art. His works address colour itself with its characteristic qualities and regularities.

The main room of the exhibition is dedicated to the large colour panels which complete Erben’s “Siria”-cycle that  harks back to a trip through the desert landscapes of Syria that he took in 2007.  Erben translates the “colour phenomena” that he found there with its earthy colour palette and the desert light into minimalist compositions.  Through the colours, which he applies masterfully in the finest gradations, he conveys the atmosphere and character of the landscape into concrete painting. In his most recent works, Erben manages to create a three-dimensional effect, only using horizontal structuring and a specific way of paint application. In addition, we also present the eponymous series „at eye level“.

Ulrich Erben, born in 1940 in Düsseldorf, studied at the art academies of Urbino and Venice and the art colleges of Hamburg, Munich and Berlin. From 1980 until 2005 Erben was a professor at the art academy in Münster. His works are a part of several public collections, like the Hamburger Bahnhof, the Musuem für Gegenwart in Berlin, the Museum Abteiberg, Mönchengladbach and the Von der Heydt-Museum in Wuppertal. Ulrich Erben lives and works in Düsseldorf and Bagnoregio, Italy. 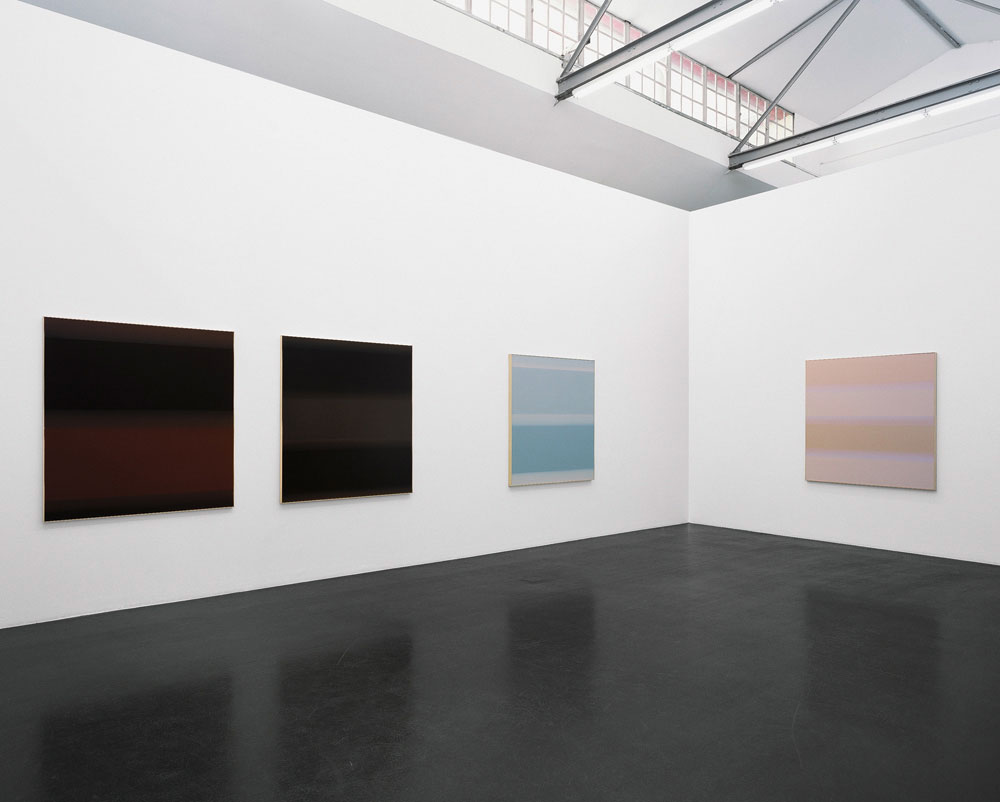 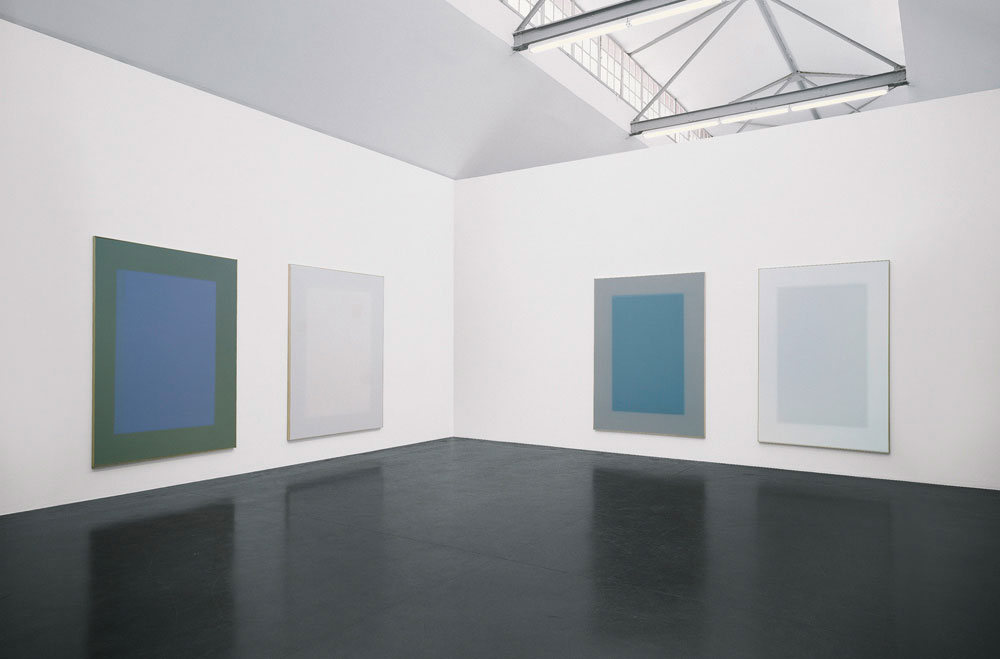 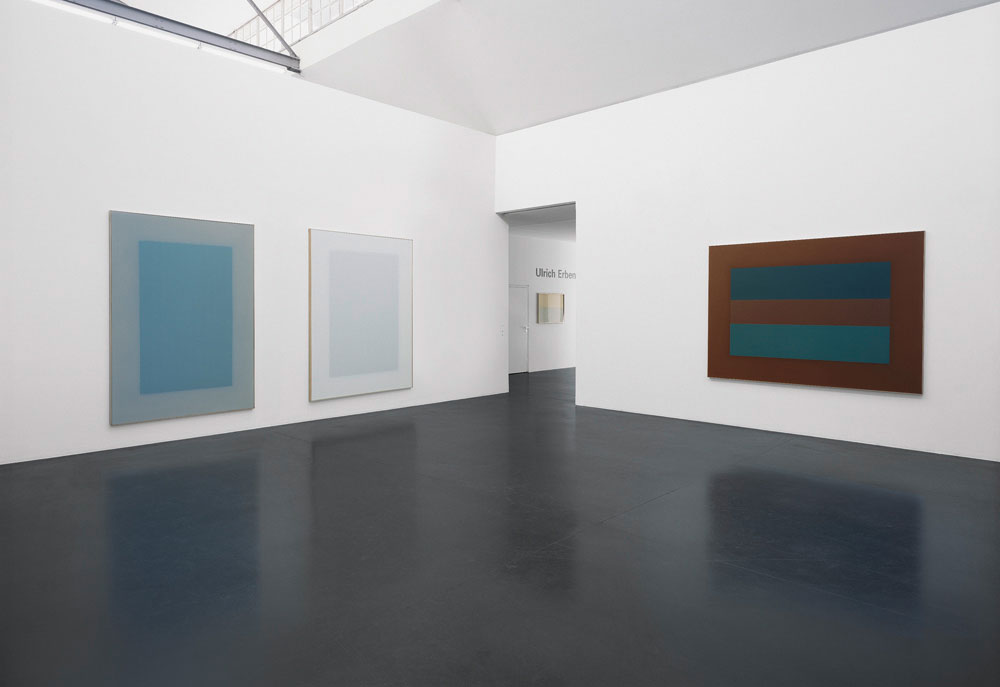 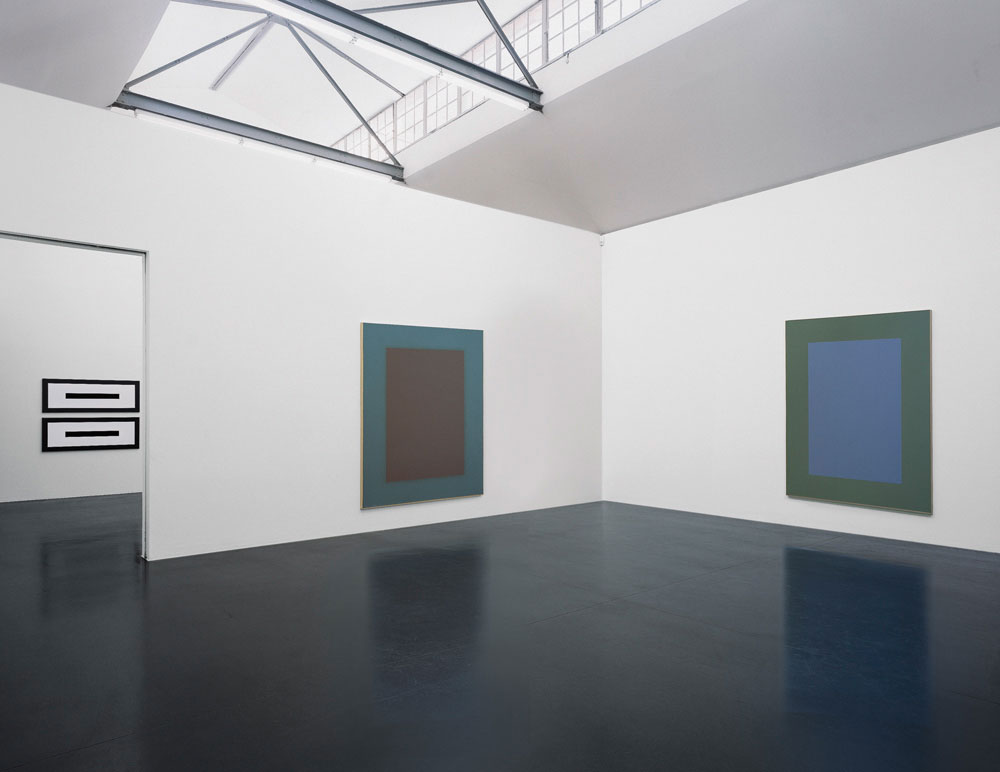