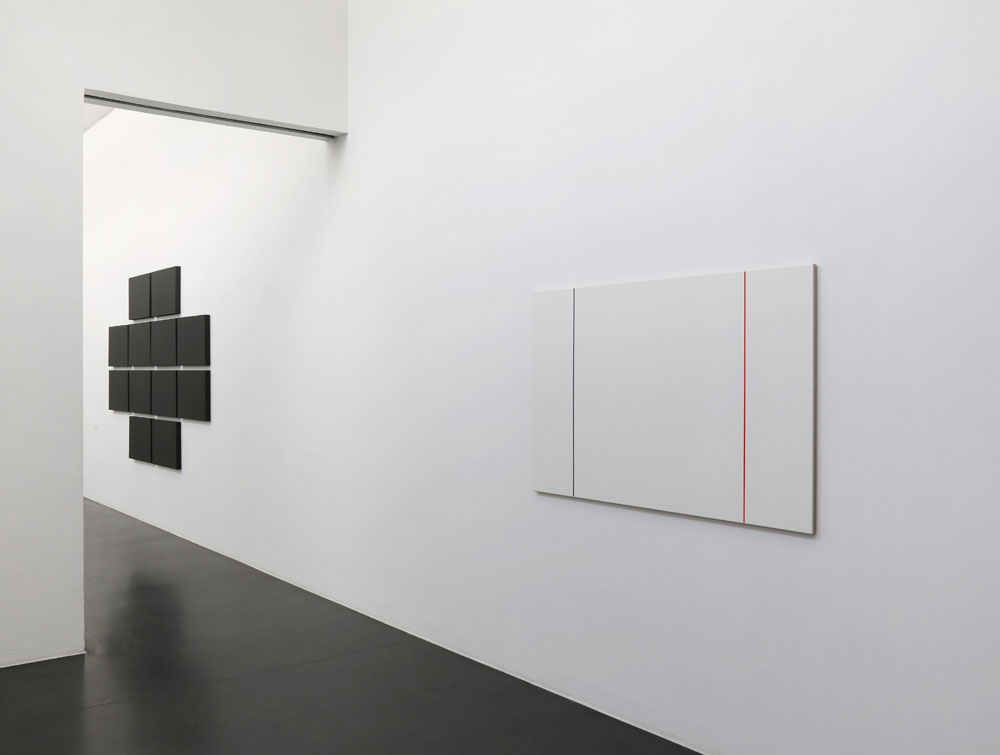 The artists Steven Aalders, Alan Charlton and Ulrich Erben show each examples of their current work in one of the three great gallery spaces. What all three artist have in common is their consistent involvement with the tradition of Concrete Art, in which every one of them finds their individual and unique way within the limited formal ways of representation.

Steven Aalders is well known for his exact painted constructive oil paintings, where he deals with and continues the concept of modernism of Piet Mondrian, De Stijl and American Minimal Art. At his first exhibition in Munich Aalders shows a new body of work on the issue “Red, Yellow and Blue”, where the areas of the color fields follow the “Golden Ration”. An extensive retrospective catalogue was published in 2010 for his solo exhibited at the Gemeentemuseum, Den Haag. Steven Aalders, born in 1959, lives and works in Amsterdam.

Alan Charlton is the most significant British representative of minimal and conceptual contemporary art. Since his first exhibition at the legendary Konrad Fischer gallery in 1972 his artistic work exclusively contains monochrome gray color fields where their formats and serial array always base on the same dimensional ration.
After numerous historical exhibitions like Prospect 73 at Kunsthalle Düsseldorf, Fundamental Painting 1975 at the Stedelijke Museum Amsterdam, he was invited to the documenta 7 in 1982.
This exhibition is Alan Charltons first major presentation in Munich. Alan Charlton, born in 1948, lives and works in Hatfield near London.

Ulrich Erben is considered as one of most distinguished German painters of New Concrete Art, with which we collaborate closely since 2000. His works focus on color with its characteristics and regularities. He is translating colorful phenomena in minimal compositions; he applies his paint in fine increments and virtuoso manner.
In 1977 Erben attended the documenta 6 and showed his work in numerous monographic museums exhibitions, most recently at Küppersmühle, Duisburg in 2012. Ulrich Erben, born in 1940, lives and works in Düsseldorf. 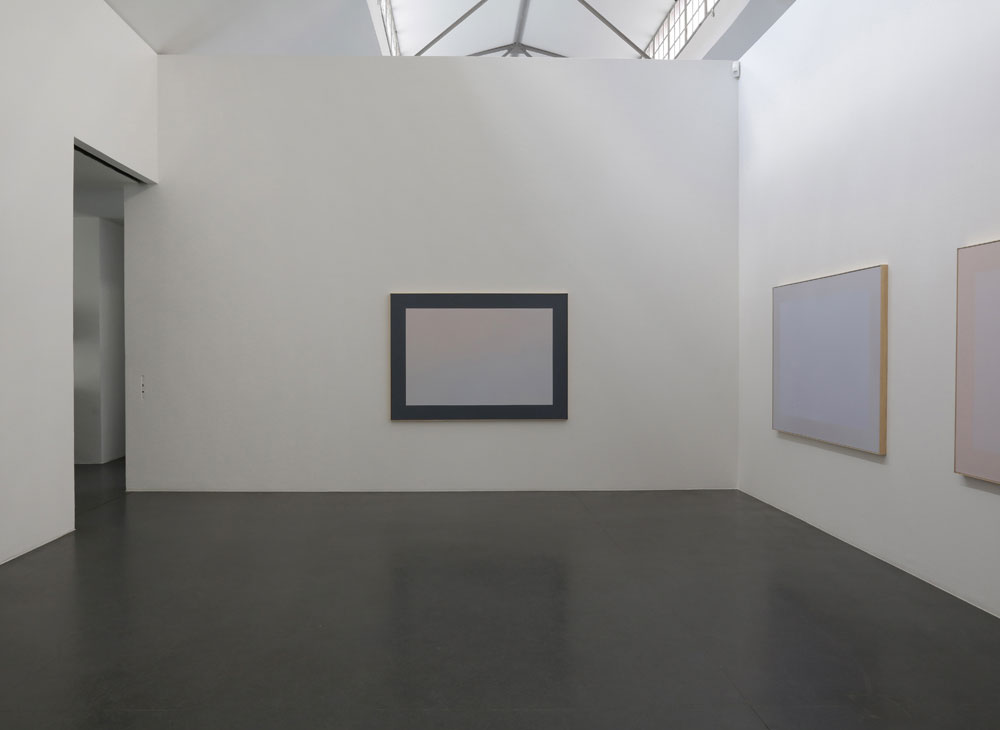 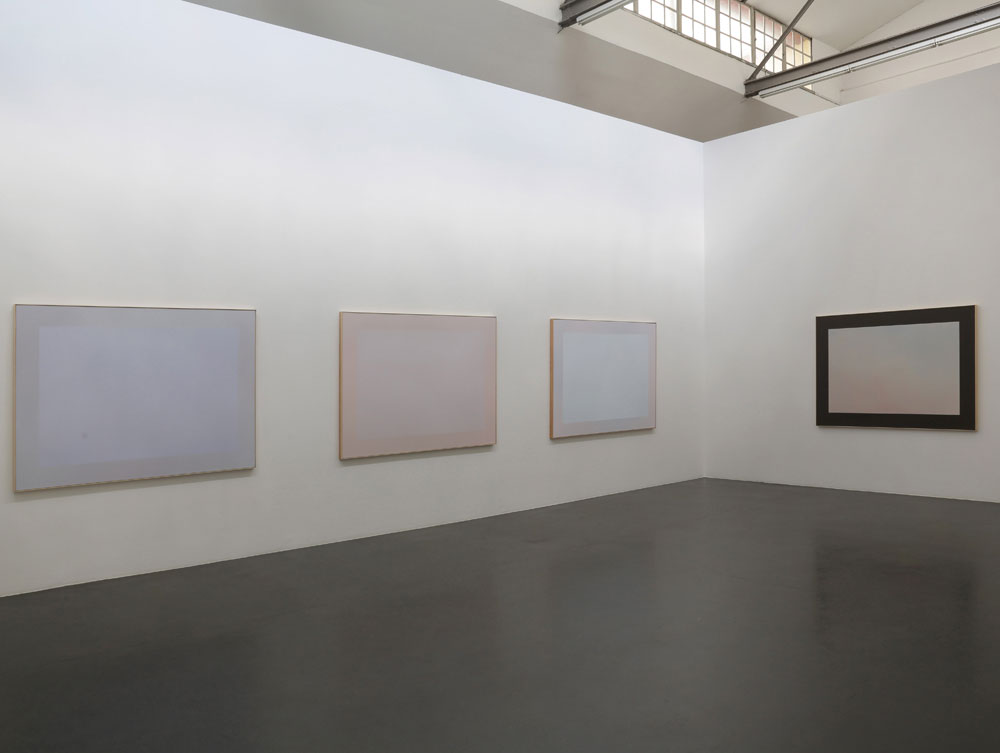 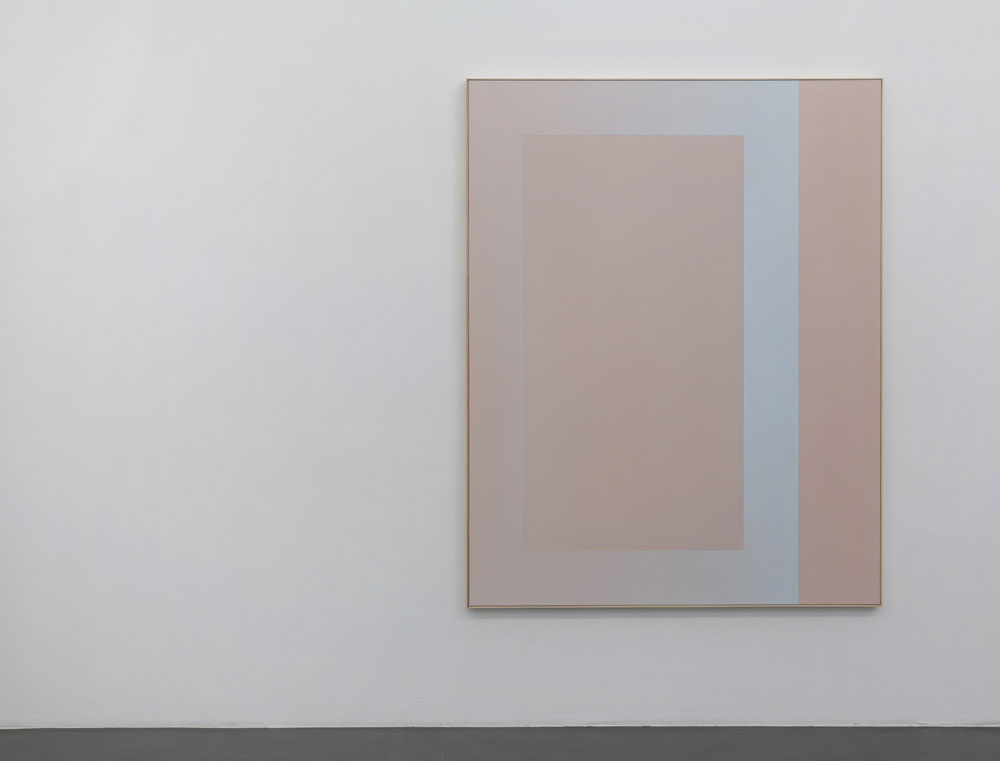 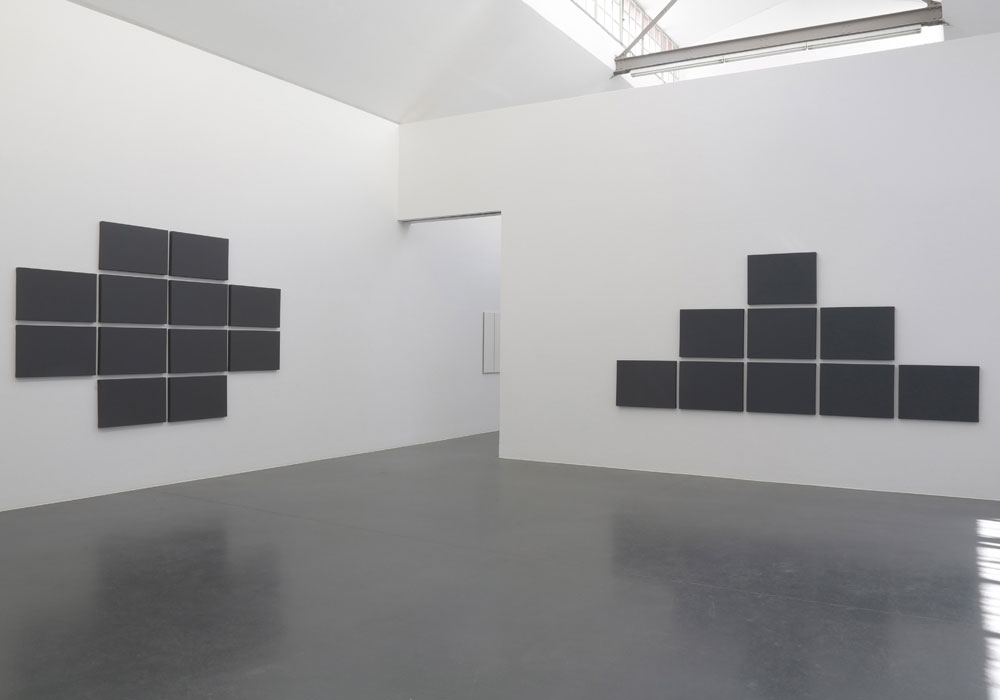 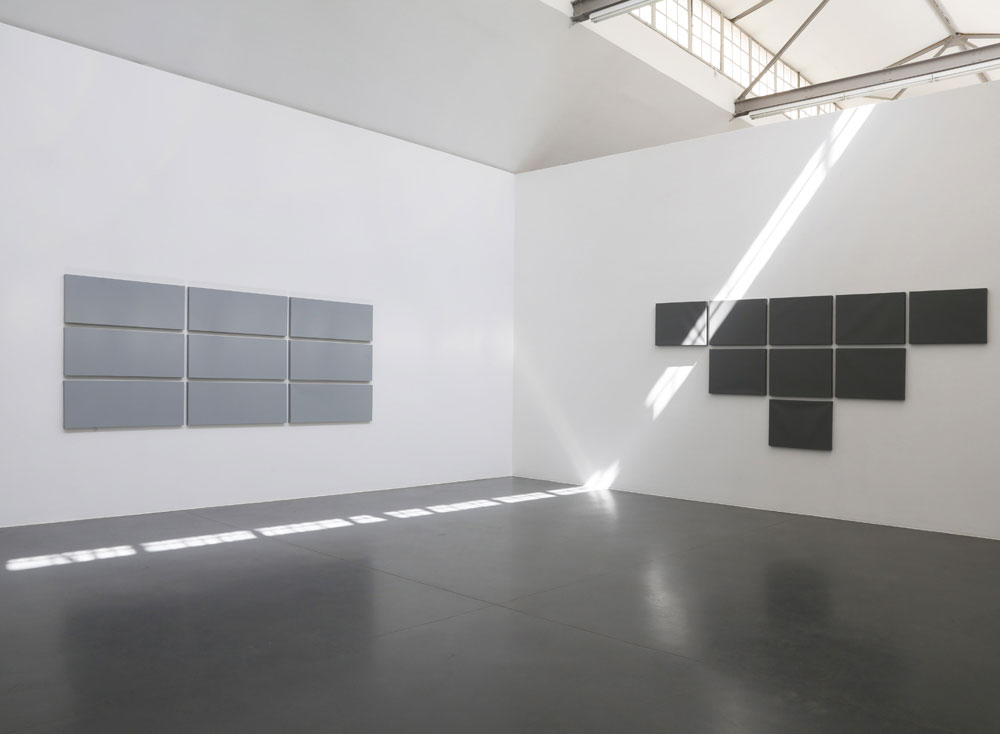 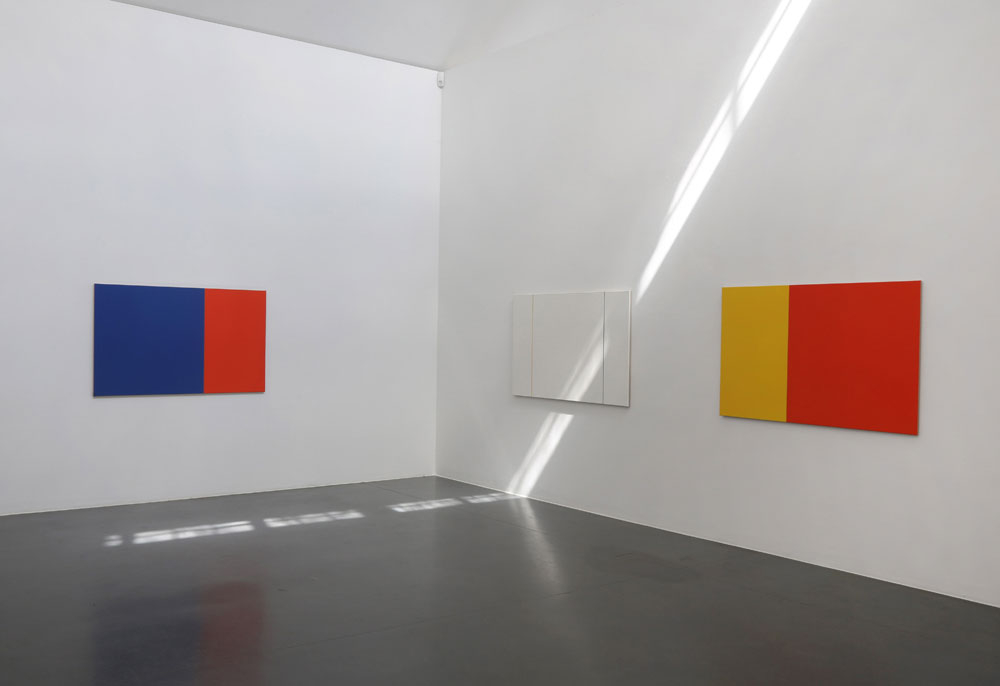 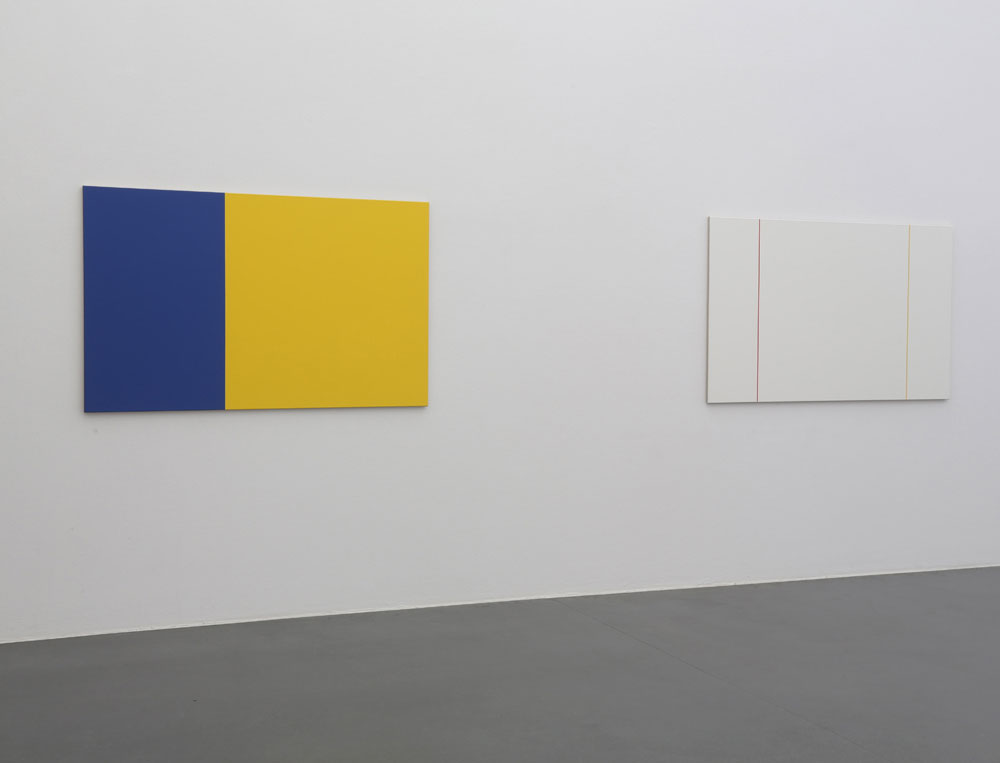