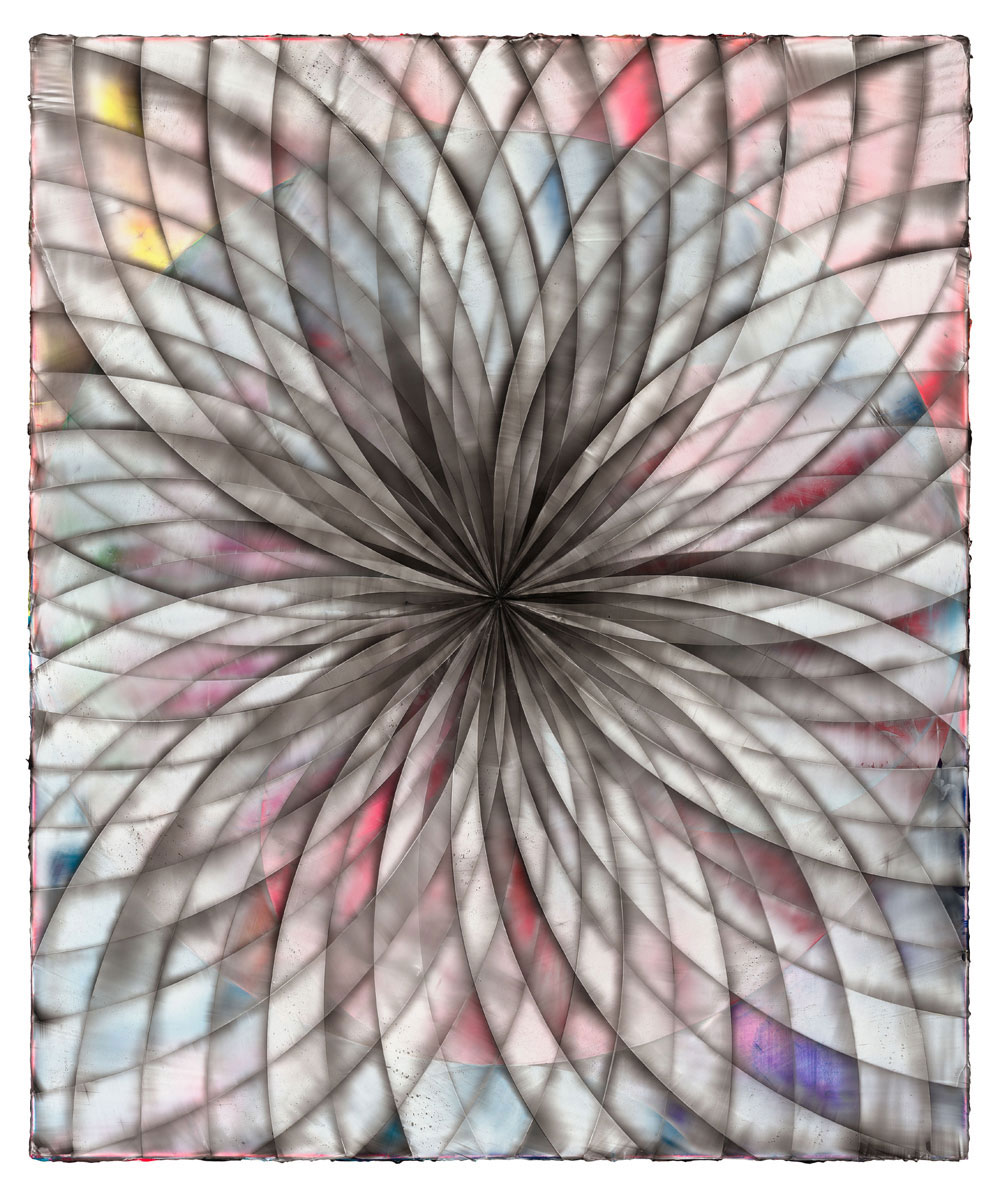 This is our first solo exhibition with Shannon Finley. In 2012 we have already shown works by the Canadian painter together with pieces by Rupprecht Geiger.

Finley’s works are geometric compositions, some strictly symmetrically constructed, some in open constellations. Their aesthetic derives from the technoid world of pixilated computer games of the 1980ies and at the same time point to their art historical precursors OP Art, futurism and cubism.
In his oeuvre there are crystalline structures that fan out like a rotating kaleidoscope, next to infinitely overlapping curves. In their systematical array both develop a hypnotic force.
In an elaborate, nearly obsessive work process Finley puts up to 40 ultra-thin layers of acrylic paint and gel on top of each other. Instead of a brush, he drags the paint across the canvas using custom made steel knifes. This perfectly smoothed surface reflects, depending on light incidence, one of the many colors lying underneath.

Shannon Finley, born in 1974 in Ontario, Canada, studied at the Cooper Union in New York and the Nova Scotia College of Art and Design in Halifax, Canada. His works have been shown at Jessica Silverman Gallery, San Francisco, the KW Institute for Contemporary Art, Berlin, the Museum für Konkrete Kunst, Ingolstadt, the Stadtgalerie Saarbrücken, the Neuer Aachener Kunstverein, the Kunsthalle Athena, Athens, and the Prague Biennale.
He lives and works in Berlin. 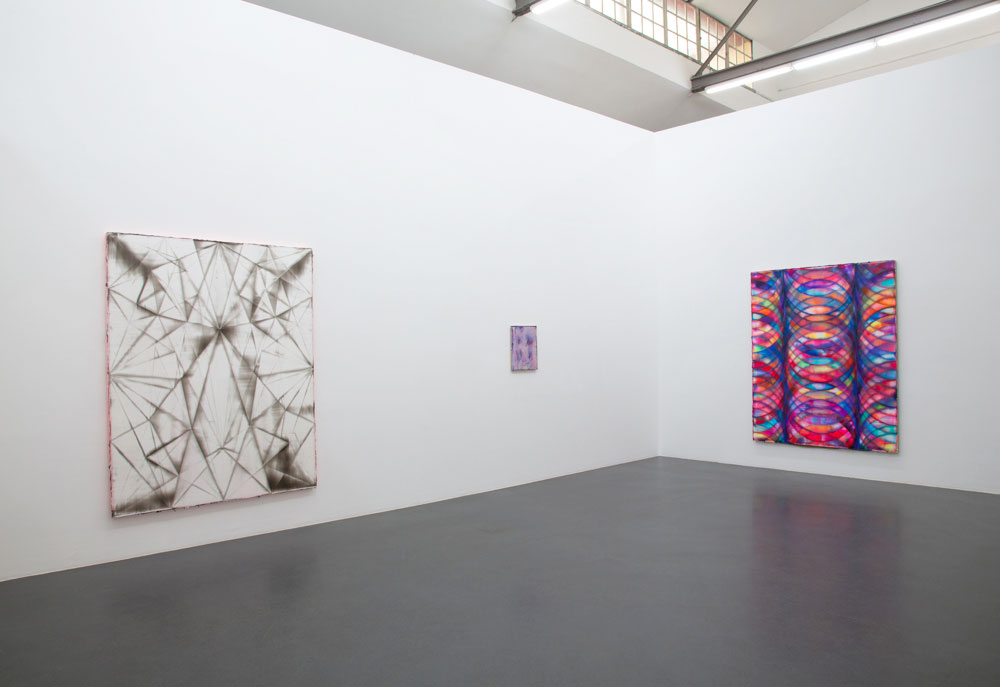 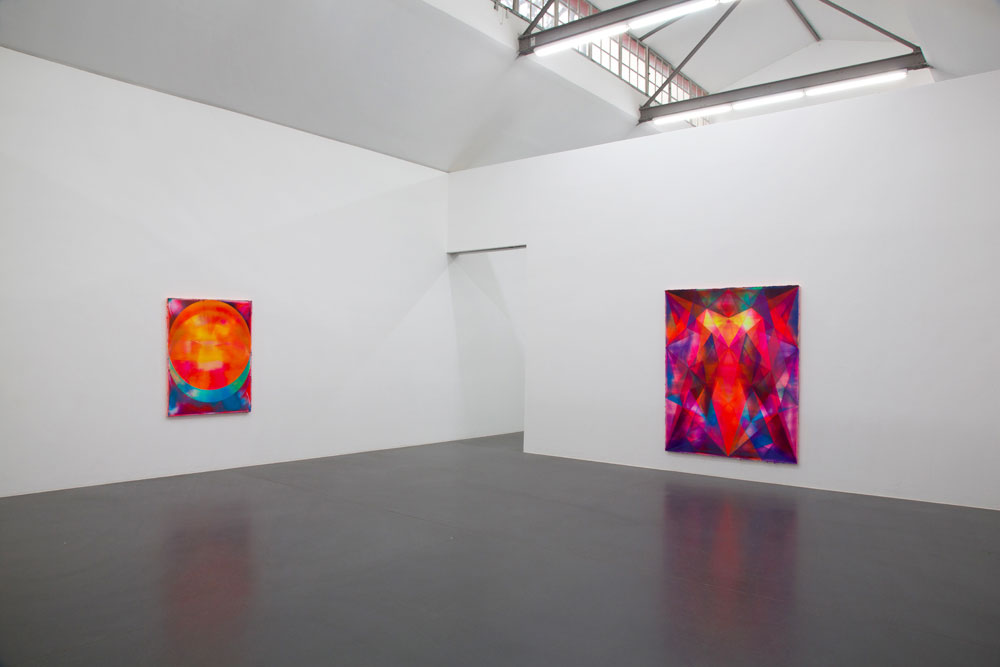 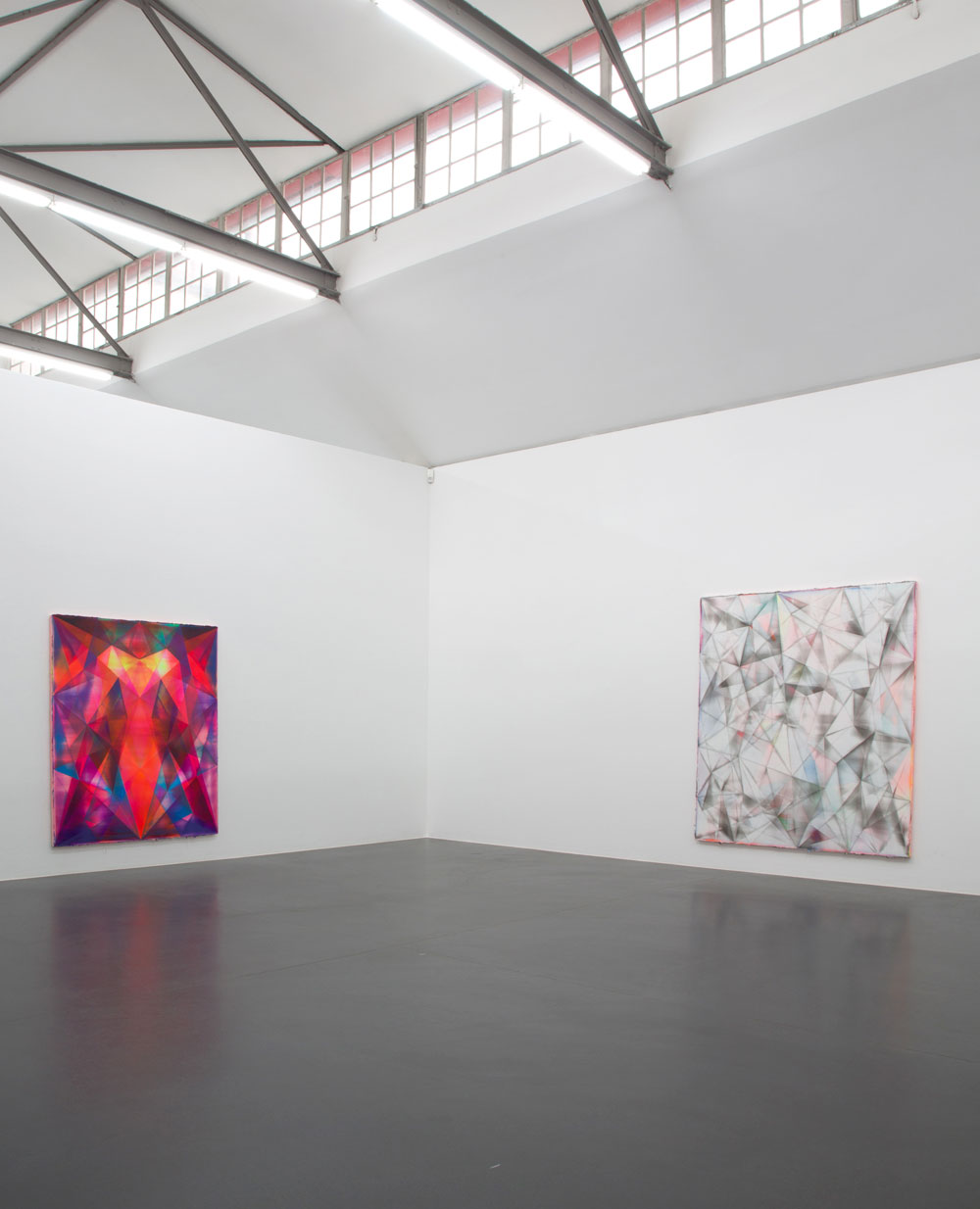 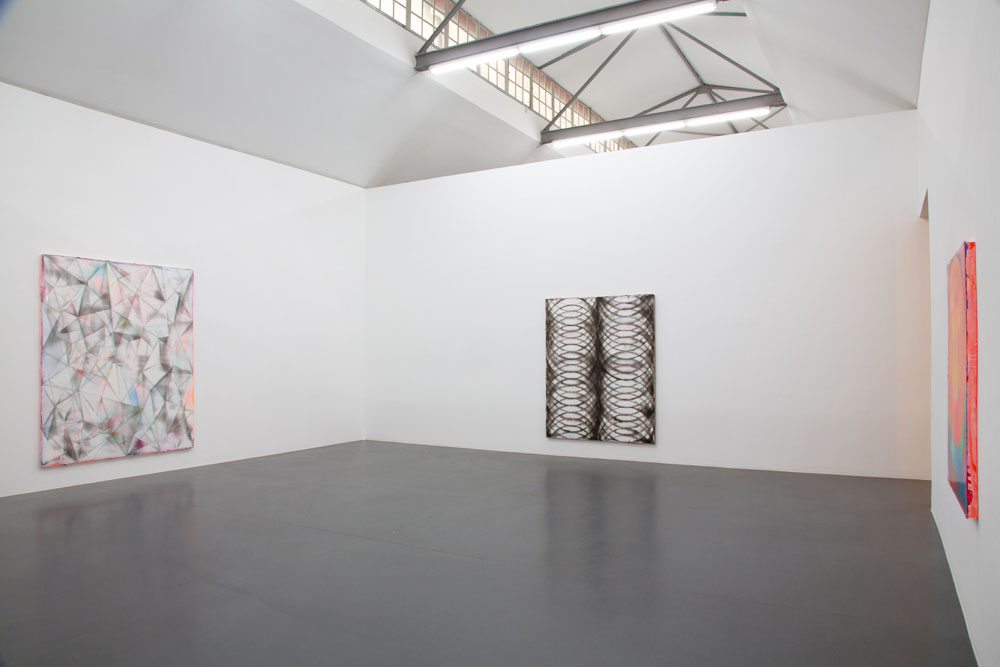 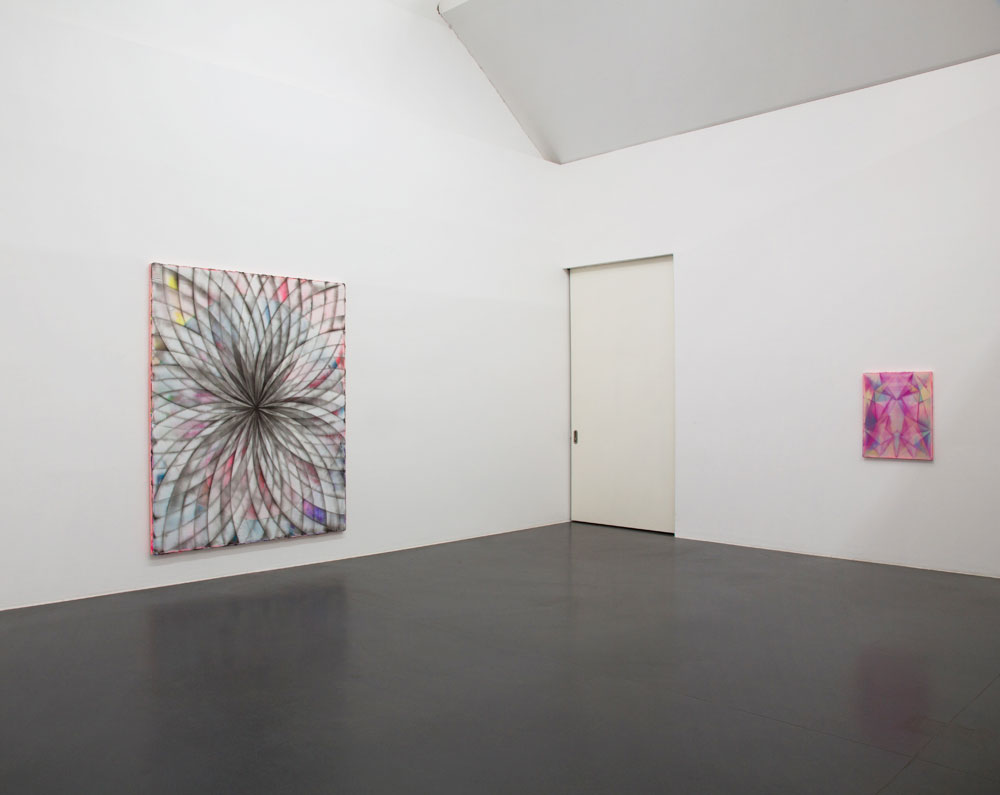 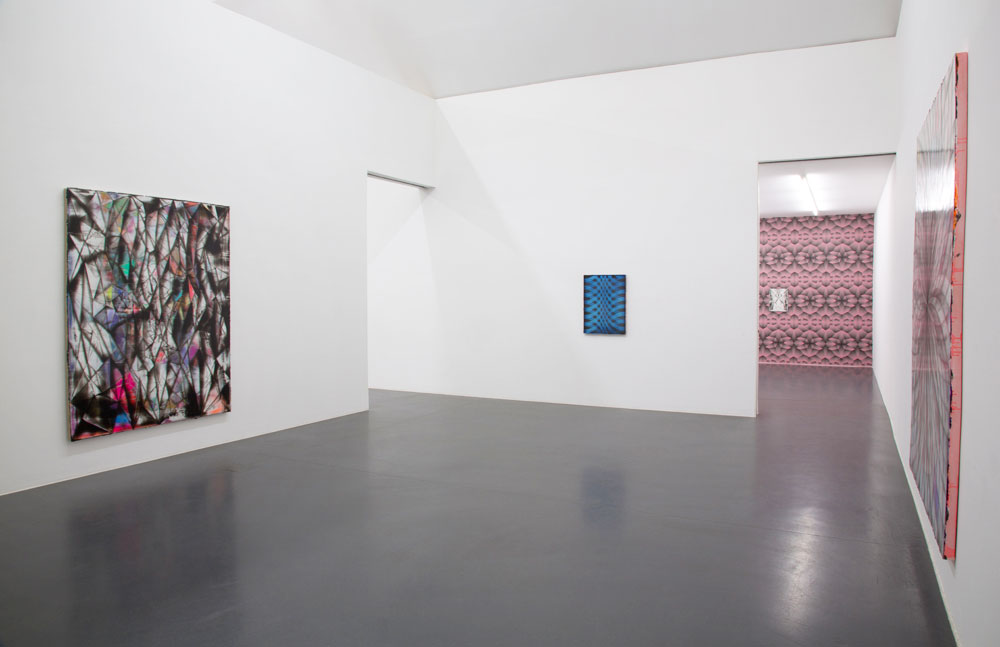 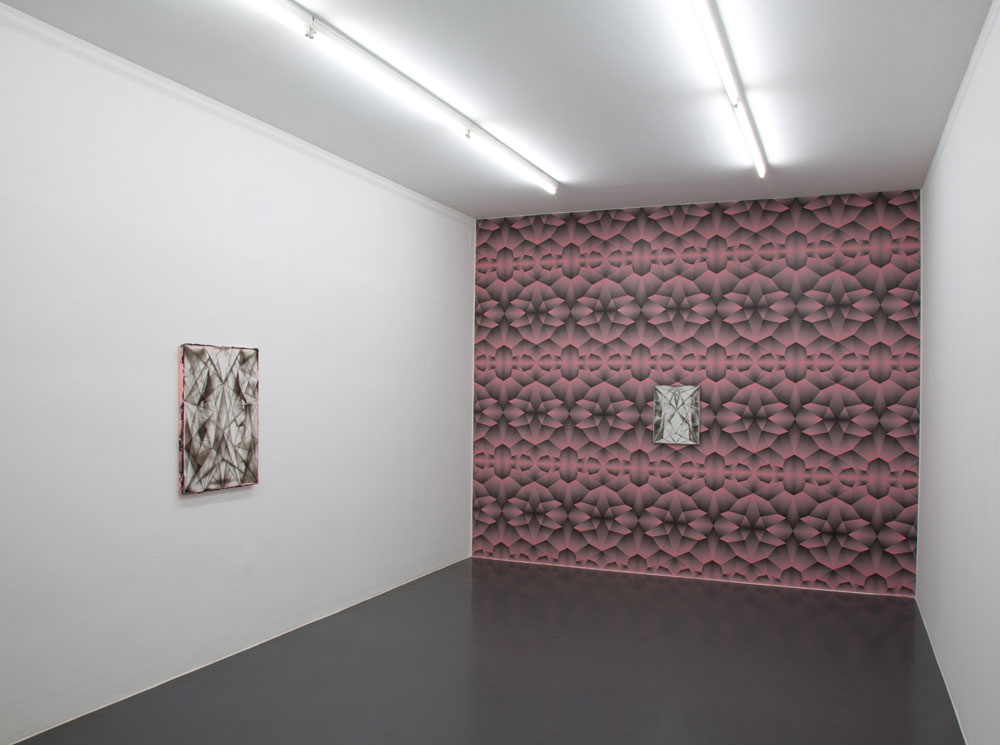