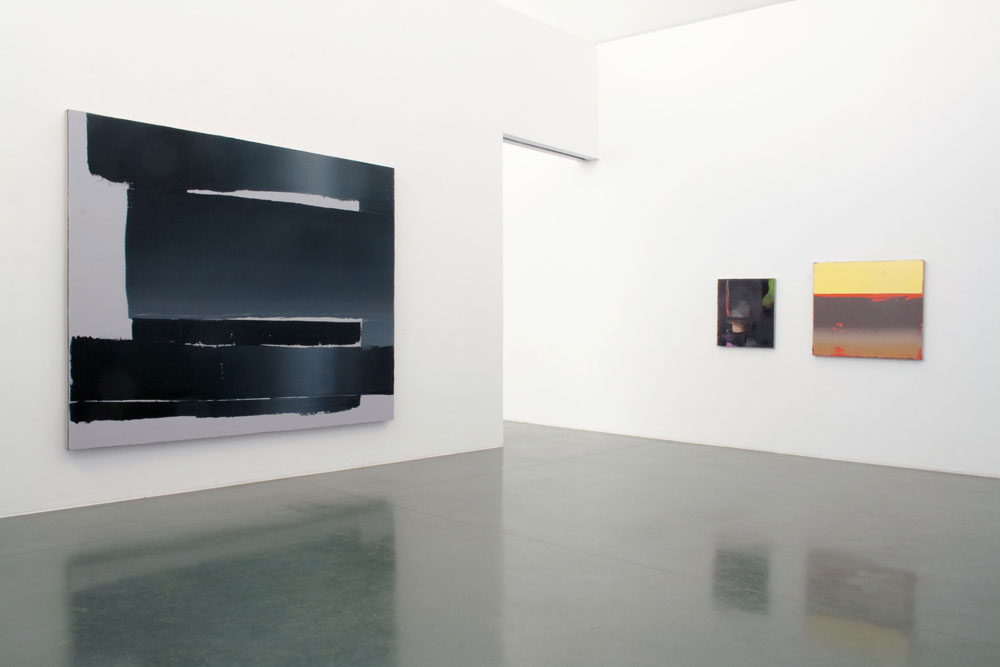 Peter Krauskopf is especially interested in the process of overpainting, which he understands as an overwriting of time. All of his pieces – the intensive colored smaller plates, as well as the big monochrome color gradients – seem to be abstract at first sight. But they are all ‘concretions of a period of time’. On homogeneous, smooth grounds which either consist of an old, former abandoned painting or a monochrome under painting, Krauskopf performs one single intervention to form a new picture. Therefore he uses a scraper or brush to push a flat, consistent color application over an already existing image. This way he creates a symbiosis between a picture of the past and its completion in the present. Peter Krauskopf’s new works can be understood as collages about the phenomenon of time itself.

The entire new work complex will be documented in a catalogue of the same title by the Jovis Verlag, Berlin.

Peter Krauskopf, born in 1966, finished his studies at the Hochschule für Grafik und Buchkunst in Leipzig in 1997 under Prof. Arno Rink. Since then his works have been shown in plenty of institutional solo-shows, like at the Mies van der Rohe-Haus, Berlin (2007), the Forum Kunst Rottweil and the Kunsthalle Lingen (2008). Last his paintings were part of the exhibition ‘Berlin Klondyke 2011’ in Dawson City, Canada. The artist lives and works in Berlin. 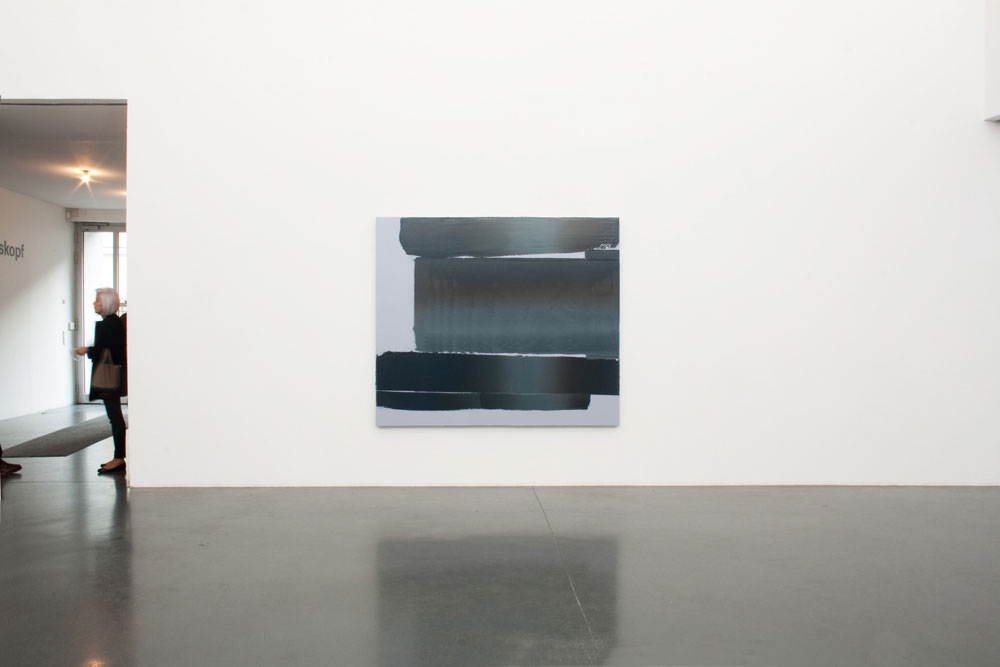 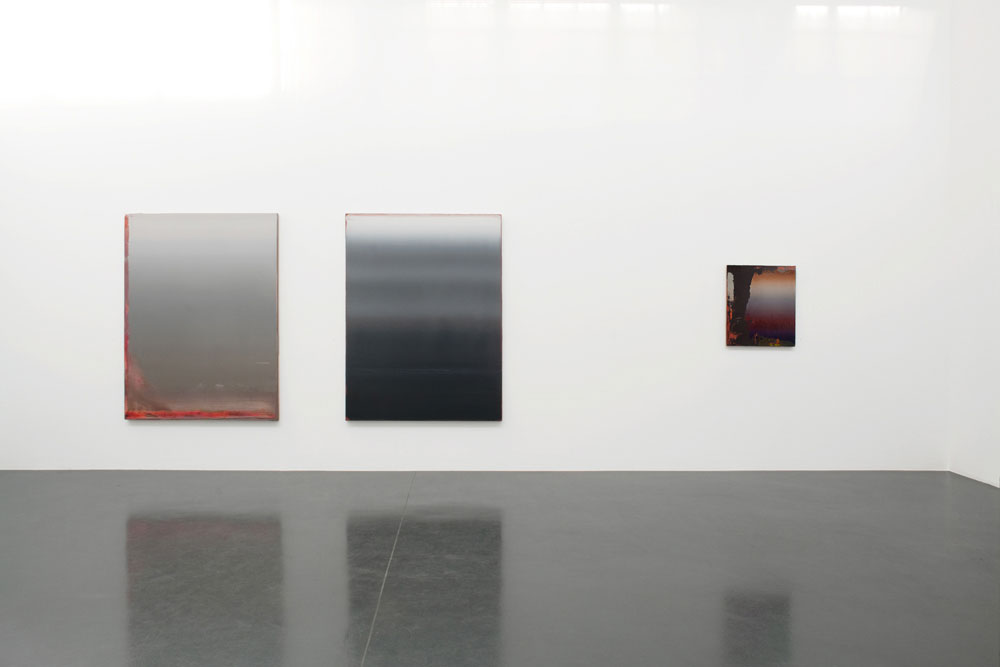 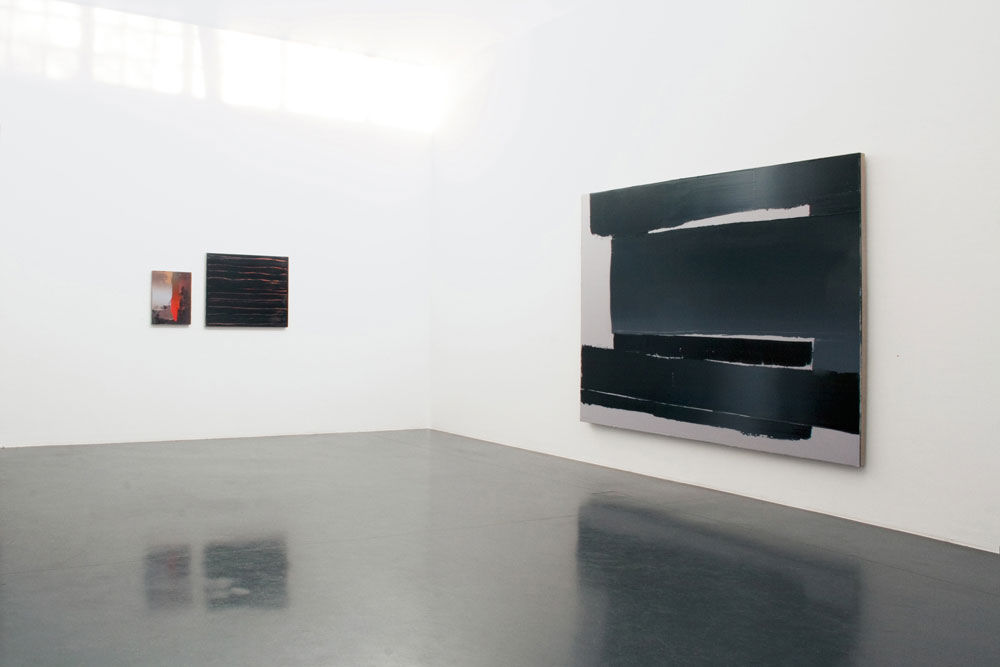 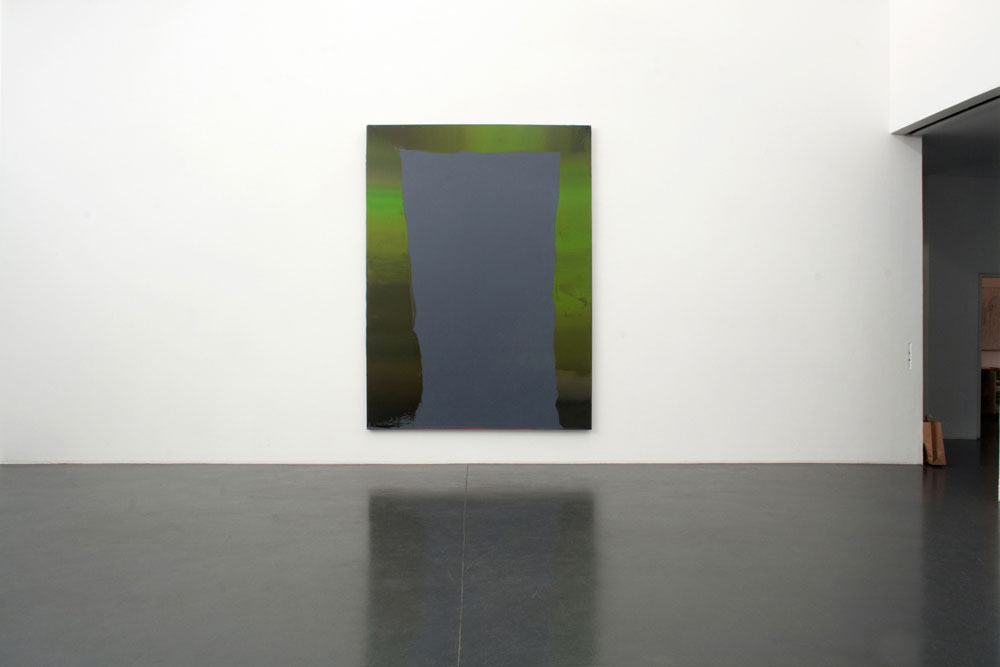 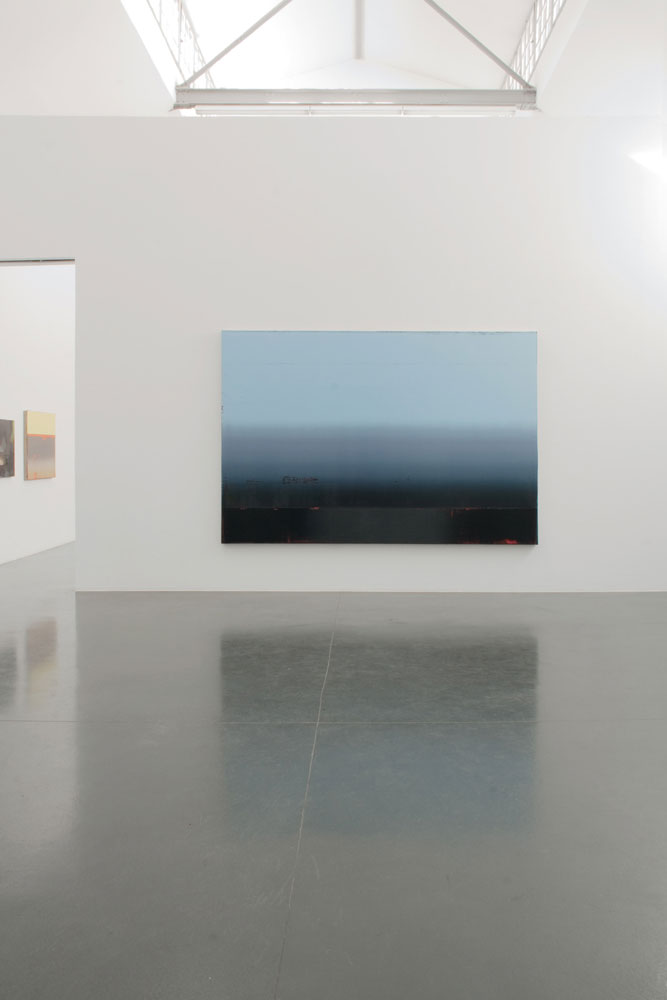 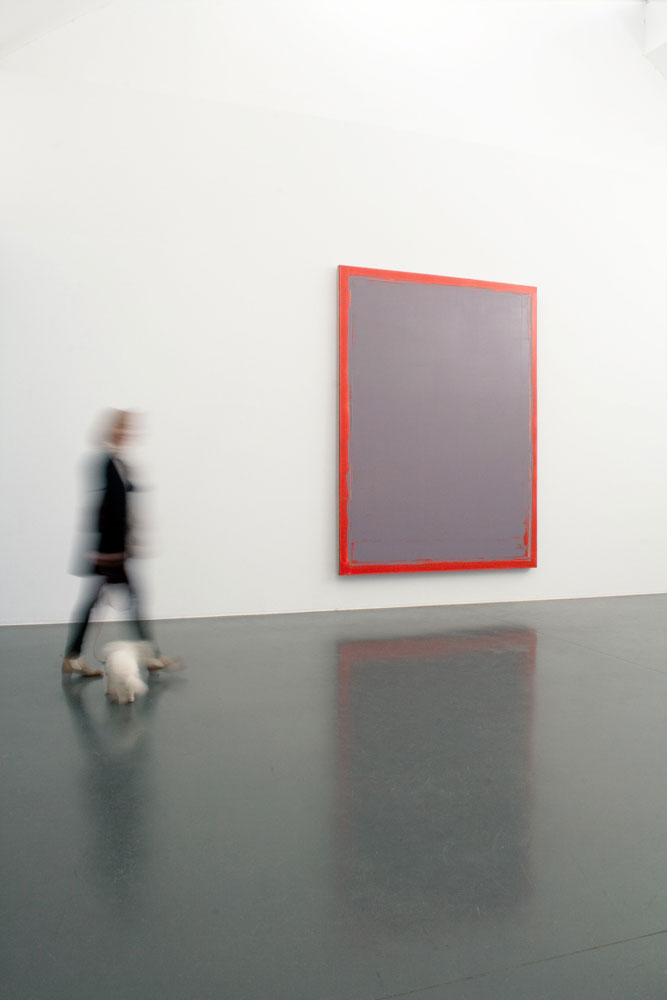