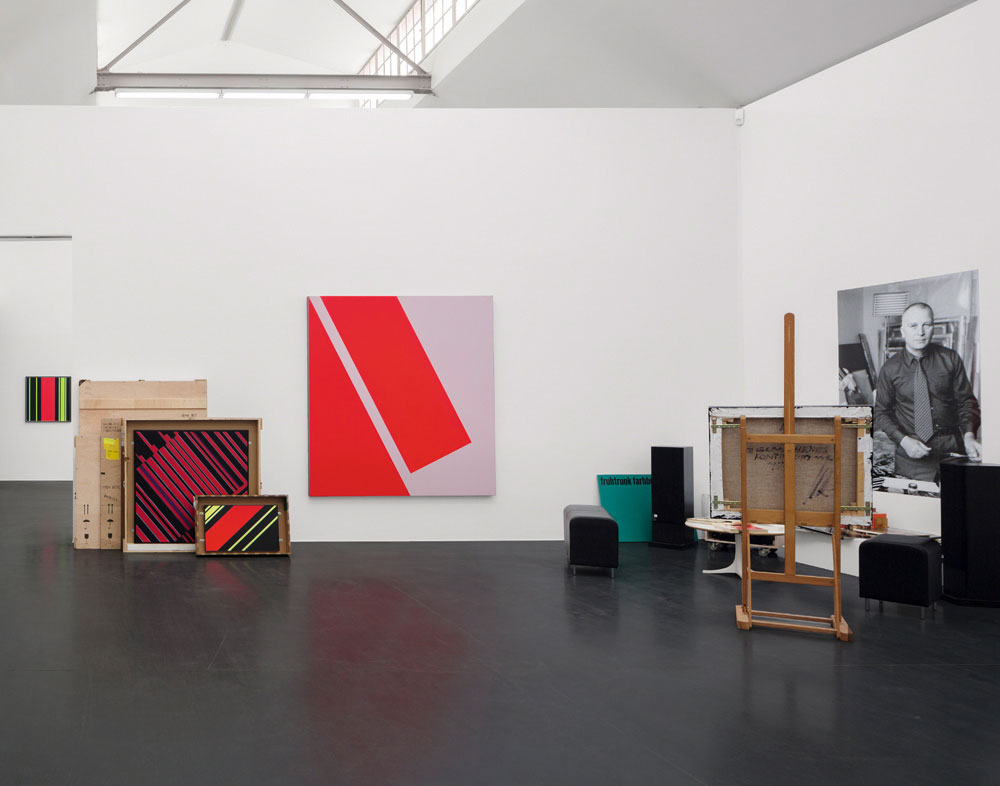 With his independent and uncompromising work Günter Fruhtrunk (1923–1982) is one of the most outstanding representatives of geometrical concrete painting of the German post-war-generation. In 1968, he participated in documenta IV and the Venice Biennale. From 1967 until 1982, he was professor at the Academy of Fine Arts in Munich.

In his honour, the Günter Fruhtrunk Gesellschaft was founded in May 2014. Its goal is to preserver, promote and protect the legacy of the artist.  This shall be achieved by the creation of a complete, commented cataloge resonné.  Furthermore the preservation of the artistic designs in public spaces by Fruhtrunk, as well as the initiation and promotion of exhibitions in museums and public institutions shall be one of the tasks of the Fruhtrunk Gesellschaft.

On the occasion of the foundation of the Fruhtrunk Gesellschaft, the Walter Storms Galerie presents a fulminant cross-section through the painterly and graphic Oeuvre of Günter Fruhtrunk.
We will be showing paintings from the 1950s, when Fruhtrunk turned to Paris and was influences by Fernand Léger and Jean Arp,  next to works from the 1960s and ’70s, when he found his characteristic imagery of strictly rhythmized  colour stripes that seem to stretch across the paintings’ edges.
A highlight of the exhibition is the expressive painting “Zerschleissendes Lied” from 1981, in which he loosened the self-imposed restrictions and came to the use of mixed coulors and gestic paint application.
In a studio-like atmosphere, the gallery visitor is able to become engrossed in Fruhtrunk’s ideas and thoughts and directly relate to his literary and musical interests, which were essential for Fruhtrunk’s pictorial inventions. 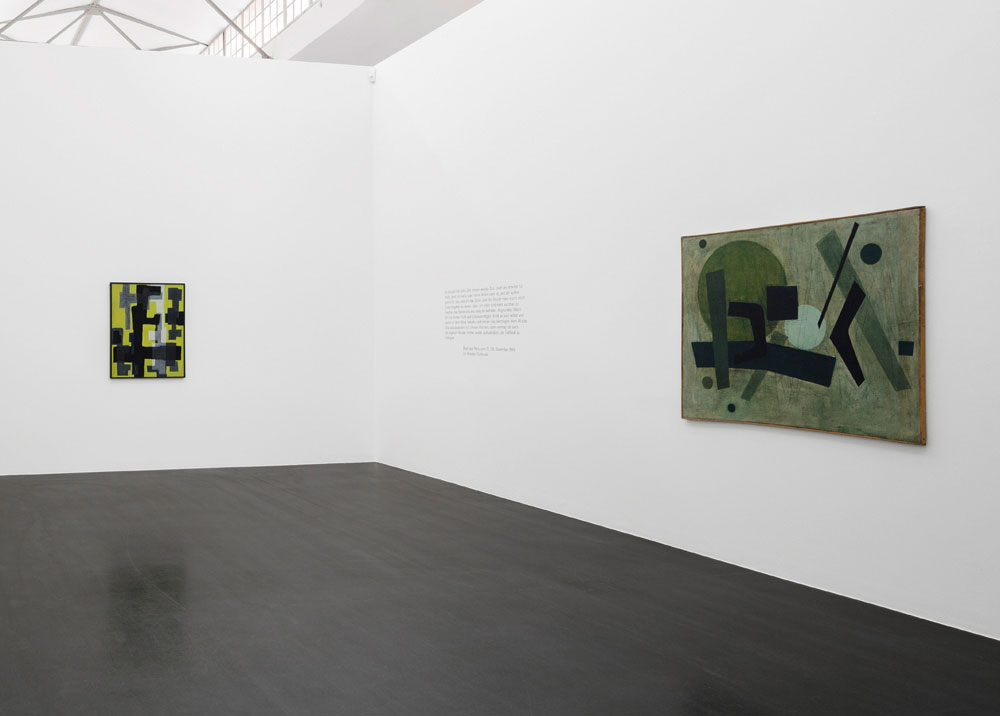 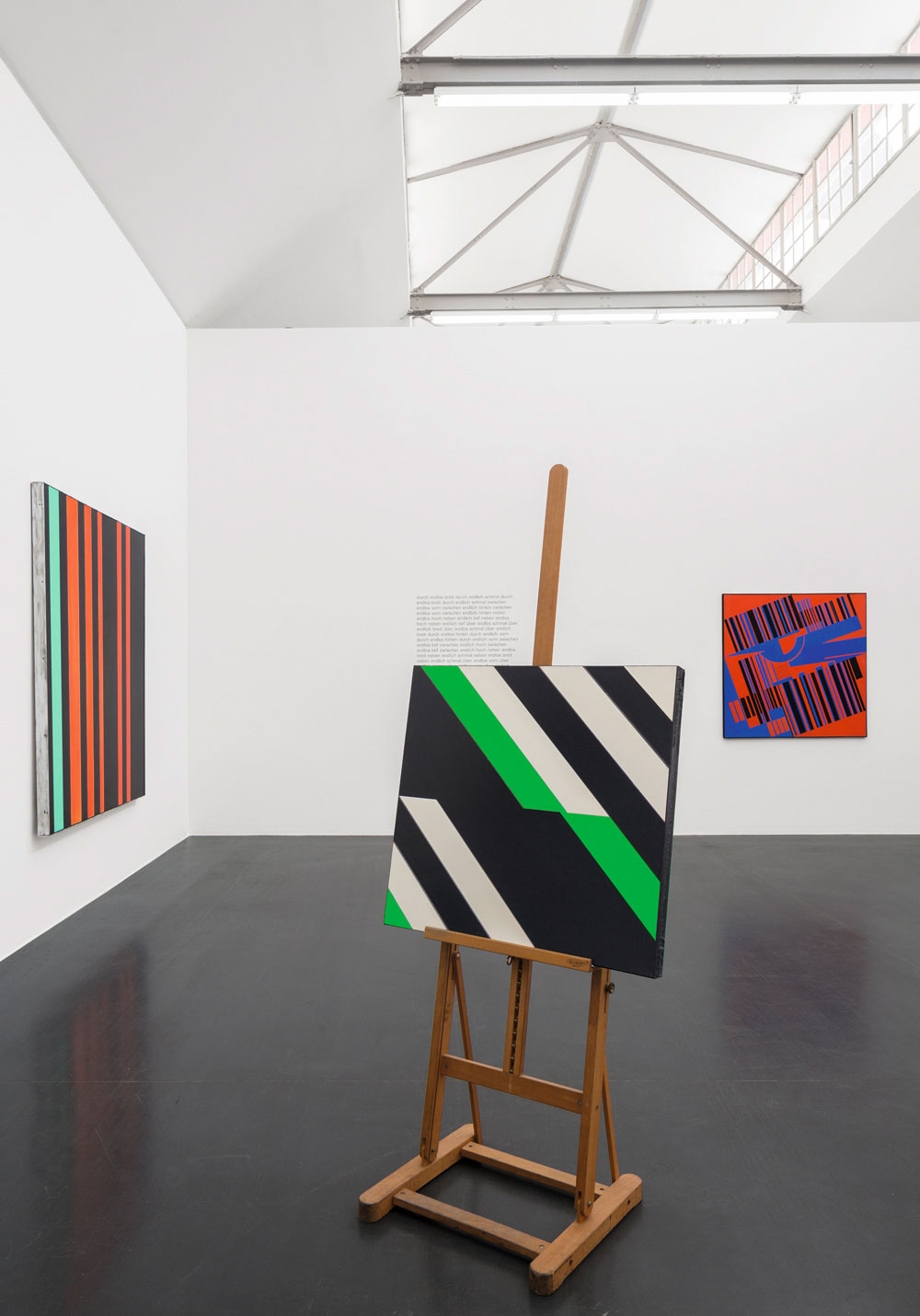 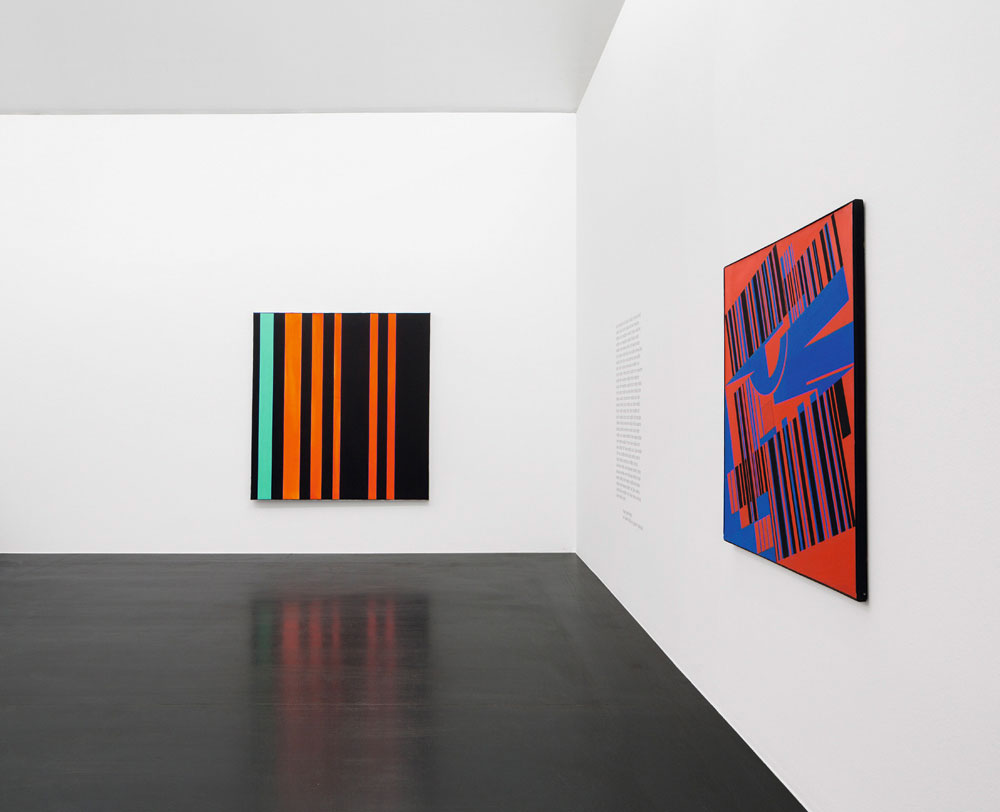 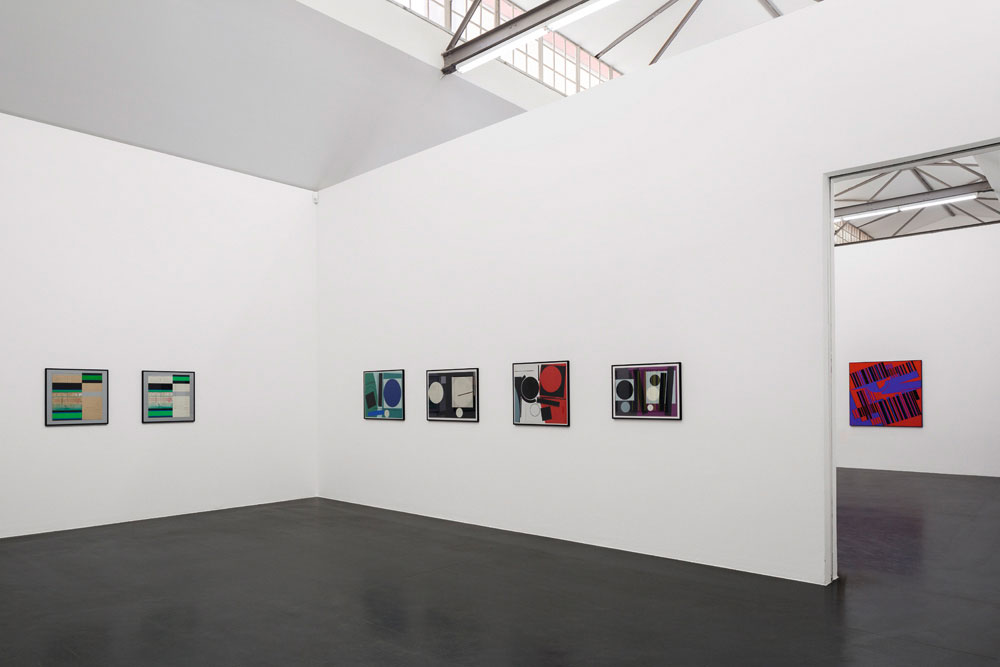 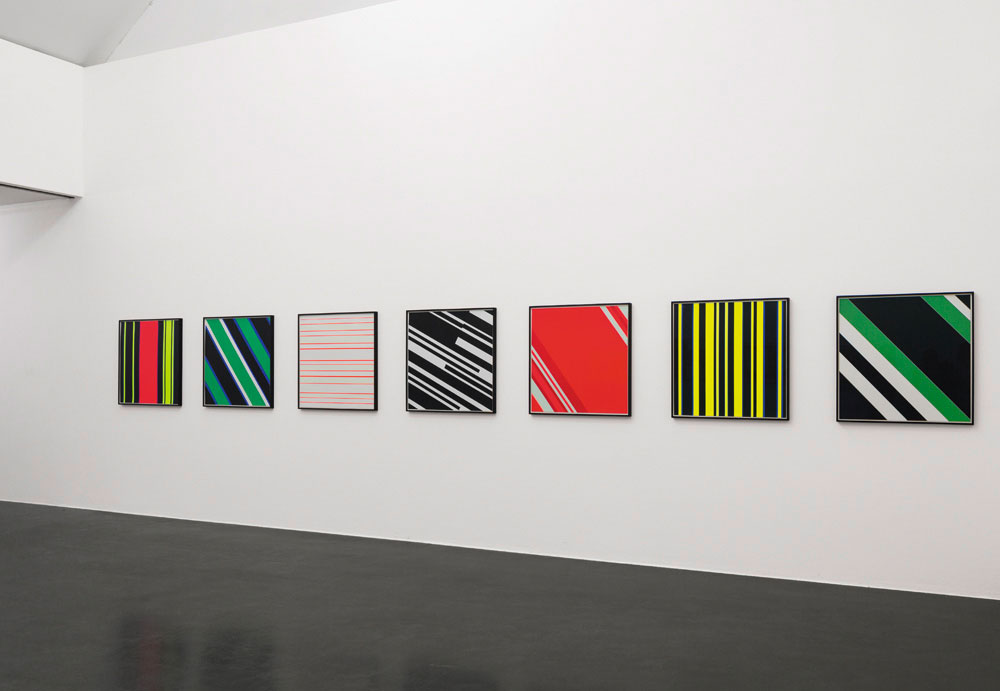