In her first solo exhibition in Europe, the up-and-coming New York multimedia artist Claudia Bitran is presenting her newest series of works at Walter Storms Gallery under the title “Be Drunk”, based on the poem by Charles Baudelaire. Her two-part works each consist of a painting and a video clip, which build a bridge between social media posts, classical painting and new media.

Claudia Bitran has a very special working mode because she paints and photographs in equal measure. She starts with a painted scenario on canvas, photographs this finished state and paints over it in the next step. She does this several times alternately until the painting is completed. The individual photos, strung together like in a comic strip, become a moving video clip and accompany the painting like a documentation of the many motifs that are now invisible and hidden on the canvas. Bitran calls this “Stop-Motion-Painting-Animation”.

In terms of content, Bitran’s works on canvas refer to videos from various social networks, which are voluntarily uploaded by their users and made available to the public. By reusing them Bitran wants to extract truths that are part of our constantly evolving visual culture.

For this exhibition, she has primarily selected video clips that can be understood in the context of Baudelaire’s poetry. In his poem “Be Drunk” from 1869, Charles Baudelaire encourages everyone to be consistently “drunk”. Being drunk need not be associated with excessive alcohol consumption, it can also be caused by anything that brings joy and happiness, creates a positive experience and the feeling of being free from the world; the carefree addiction that gives us mental and emotional satisfaction but also failure and embarrassment. At the same time, grotesque behaviors and human abysses open up just to get that longed-for “kick” or the state of “intoxication”. 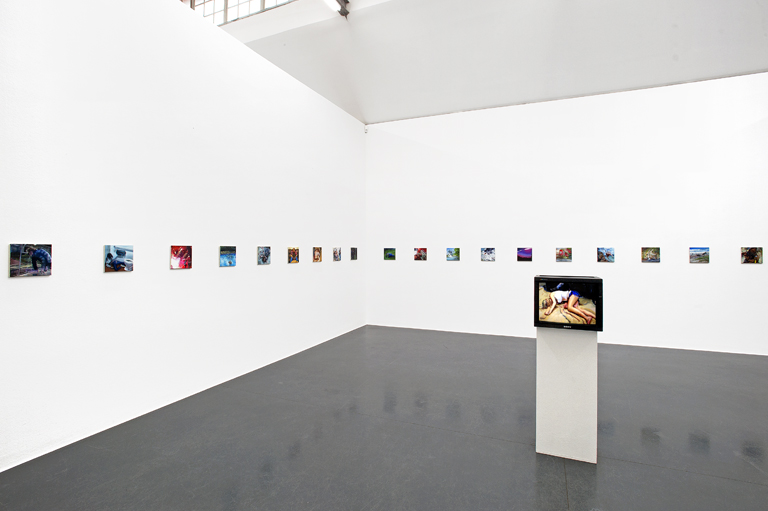 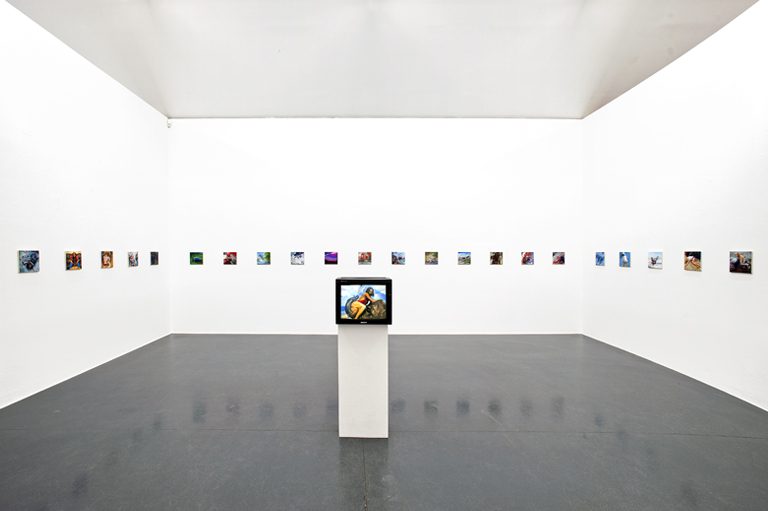 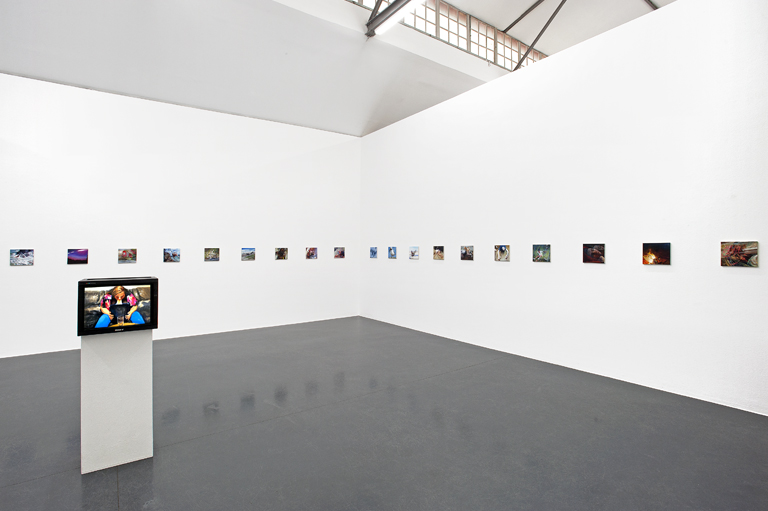