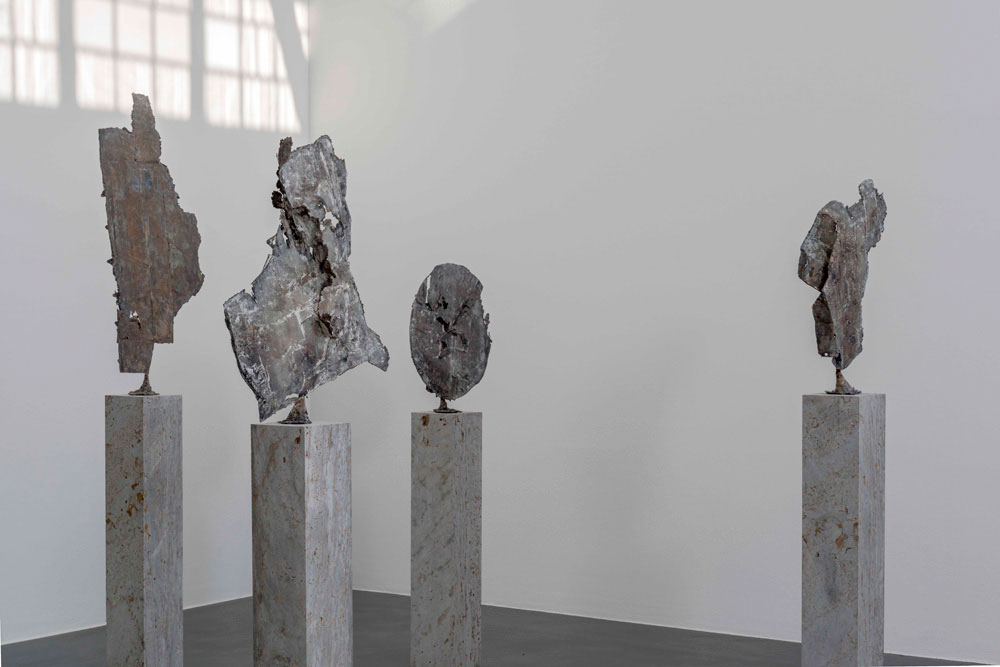 We open the first German solo exhibition of British artist Anthony James (b. 1974) on February 27, 2014, at Schellingstraße 48.

For Morphic Fields, Anthony James created 21 amorphous bronze sculptures on stands of shell limestone in a Munich foundry. Inspired by Robert Rauschenberg‘s Cardboard-series, the artist submerged and molded cardboard boxes in wax, in order to burn them afterwards and cast them in bronze. That way the processual and fragile moment of transition from solid to ash was captured and perpetuated. The works investigate the concept of mortality and recollection; they reflect the relationship between our present and the mythologies of the past.
We will also be showing the sculpture Waste Land from 2014. Its title refers to a 1922 poem by T.S. Elliot, which was partially written in Munich. Through the multiple reflections of a silvered branch a boundless, eerily beautiful enchanted forest emerges.

Anthony James studied at Central Saint Martin’s College of Art and Design in London from 1994-98. After his degree, he moved to New York and in 2008 to Los Angeles, before he came to Munich in 2013. His works have been exhibited internationally, including regular participation in Art Basel in Basel and Miami Beach. They are also part of numerous private and public collections, such as the General Motors Building, New York, or the Istanbul Modern Art Museum.

During the exhibition a catalogue will be published by Hatje Cantz. 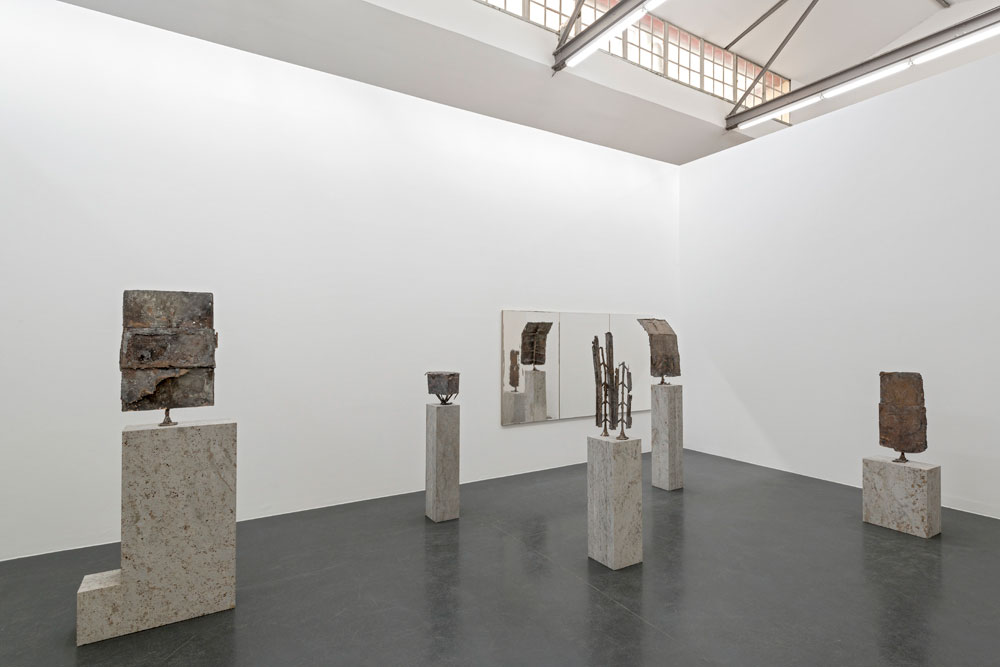 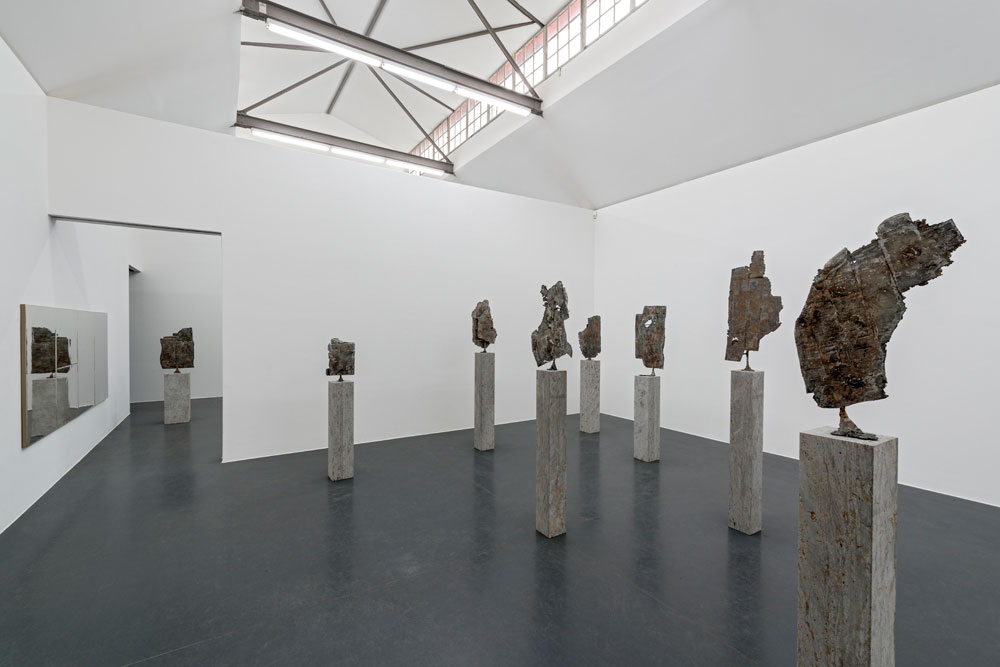 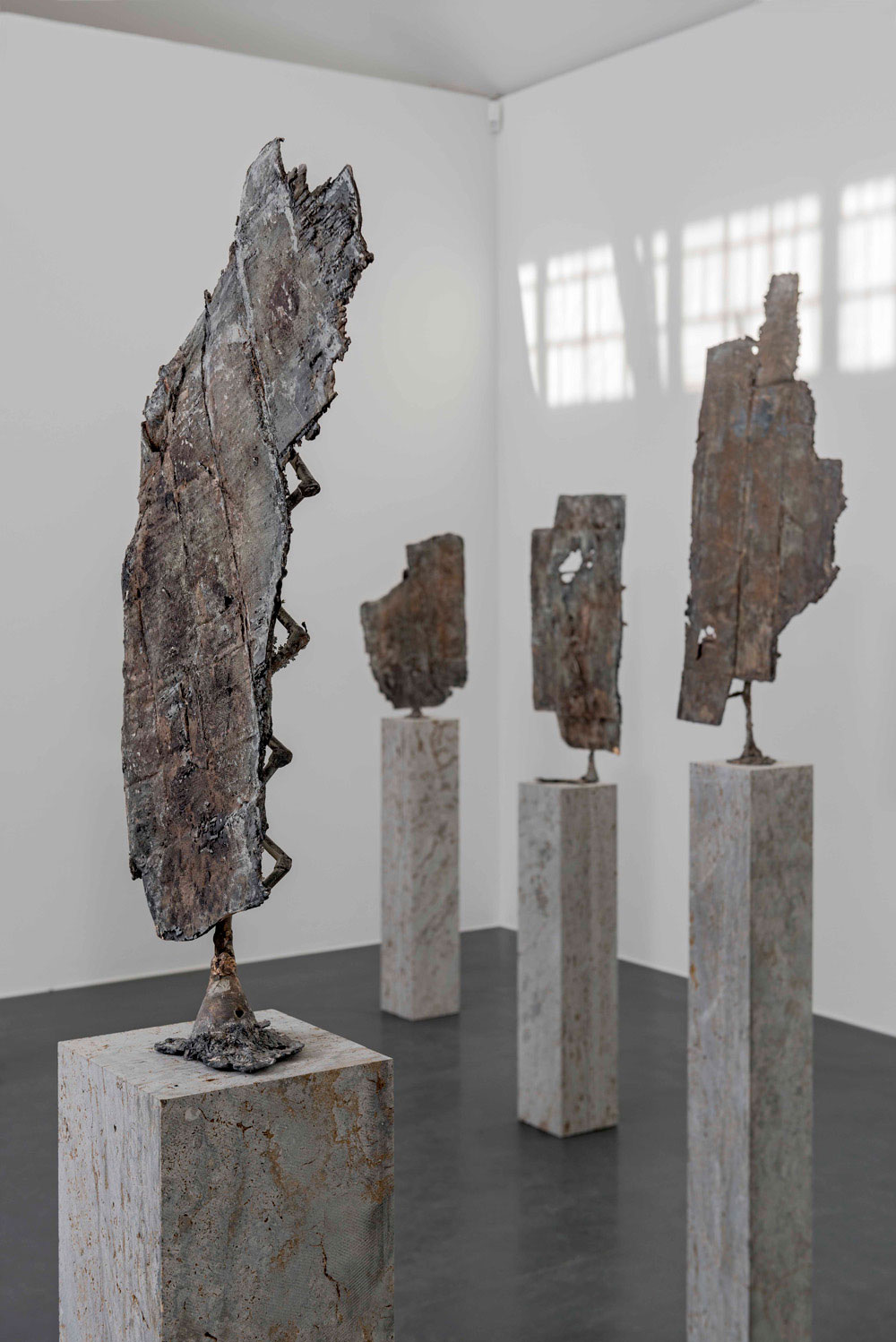 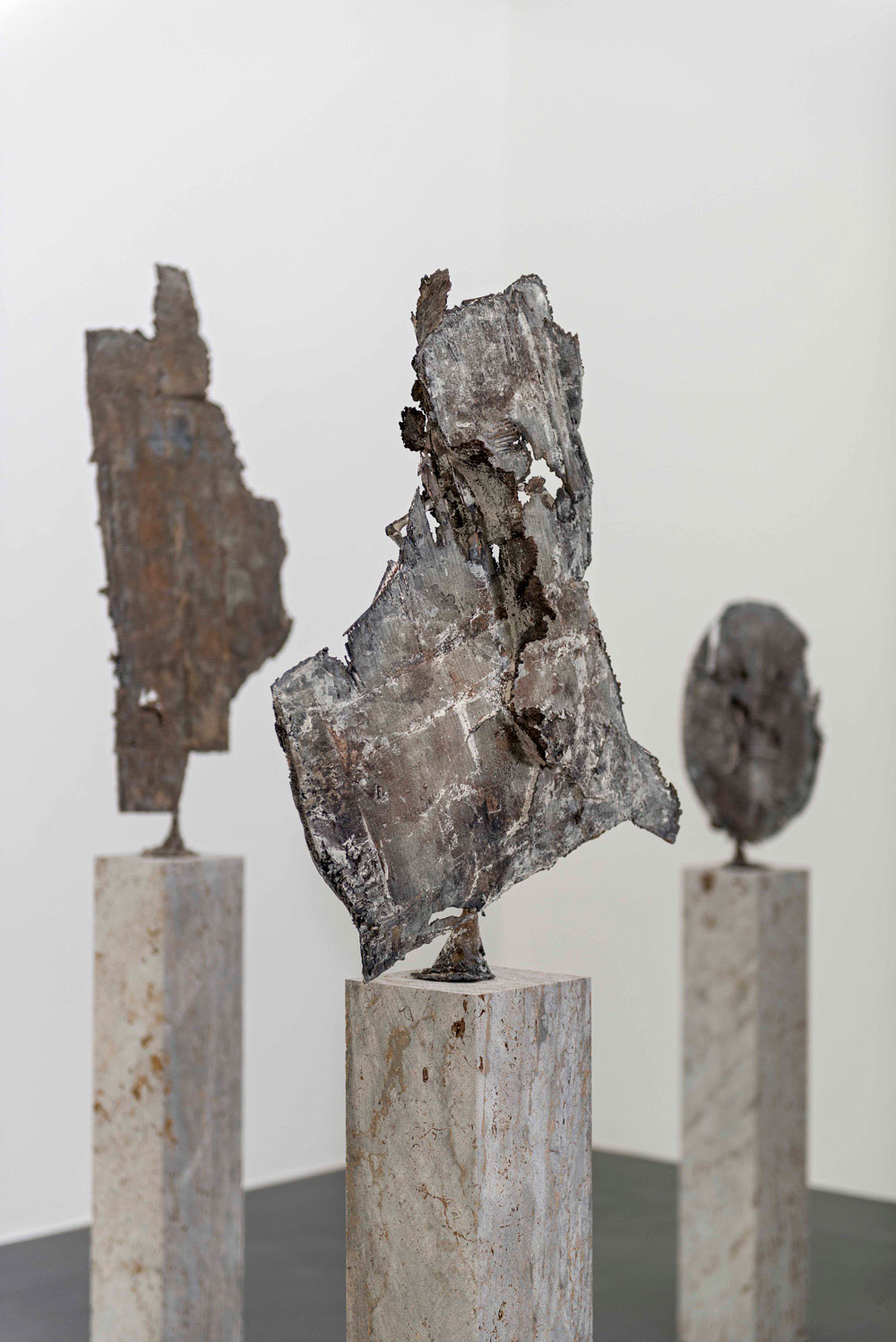 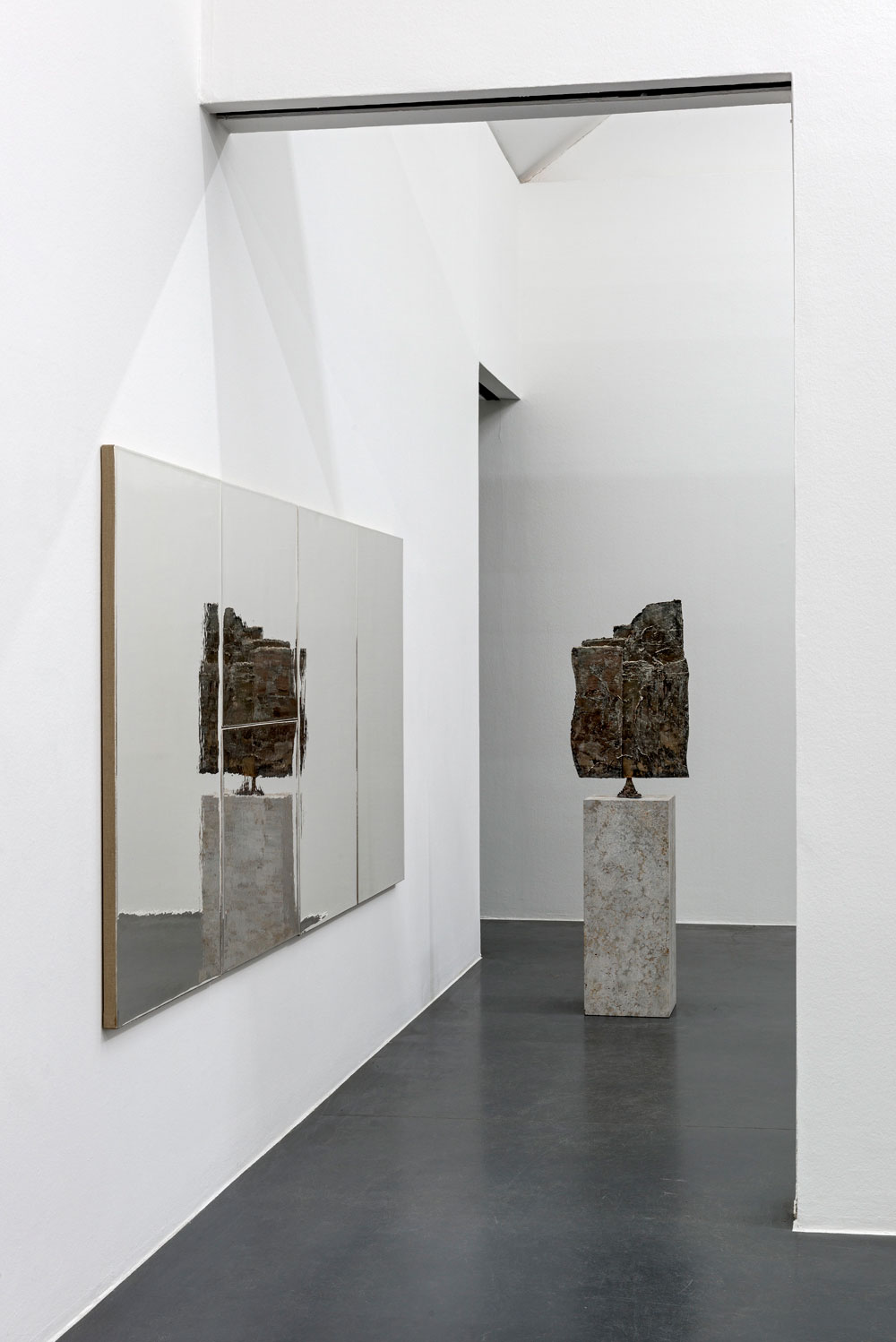 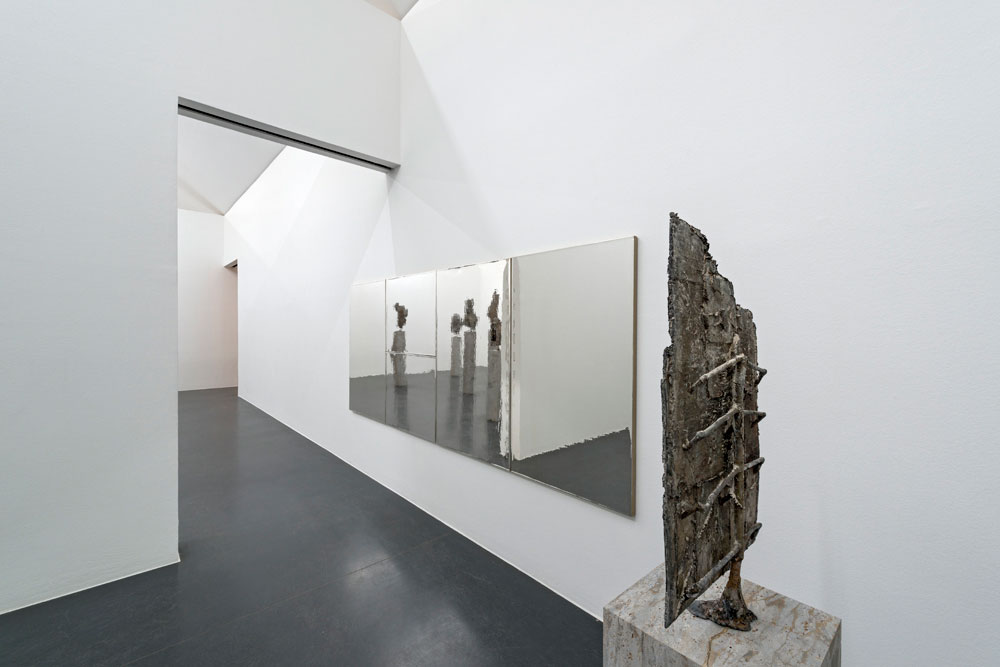